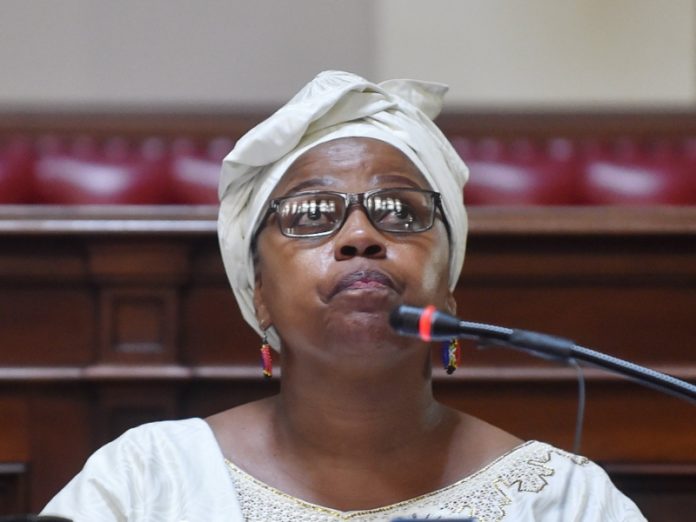 It seemed as if former president Jacob Zuma’s ally and former SAA chairperson, Dudu Myeni, was following his lead by snubbing the State Capture Commission of Inquiry.

On Tuesday, Deputy Chief Justice Raymond Zondo gave Myeni until 2pm to appear before him but she still didn’t show up, saying she would rather appear via Zoom.

But Zondo had none of it, saying there was a pattern being formed by some of deliberately disrespecting the commission.

Myeni apologised when she finally appeared.

“Chairperson, I apologise. It was not my intention to undermine the commission.”

During her testimony at the commission, Myeni said her reputation had been tarnished.

She said her only sin was that she was close to former president Jacob Zuma.

“I have been called the most corrupt person. My name has been out there as someone who failed to run SAA.”

She also accused the commission of dragging Zuma’s name into matters that had nothing to do with him.

She said, “This commission loves Mr Zuma. It really adores Mr Zuma, even on matters that don’t concern him.”

Myeni was appointed to SAA’s board of directors in 2009, the same year that Zuma became president of the country.

Three years later, Myeni was appointed chairperson of the airline.

Her attorney, Nqabayethu Buthelezi, accused the commission of being harsh on Myeni.

But evidence leader, Kate Hofmeyr, shot back, pleading with Zondo that criminal charges should be opened against Myeni.

Zuma is the most senior public figure who had openly defied the commission after he refused to appear before it.

He accused Zondo of being biased against him and called for Zondo to recuse himself.

His continued refusal to appear before the commission prompted Zondo to take the matter to the ConCourt.

Zondo wanted Zuma to be jailed for two years instead of paying a fine.

Despite the possible arrest, Zuma was unshaken and stuck to his guns, saying he will not appear until Zondo recused himself.

The ConCourt has yet to make a ruling.