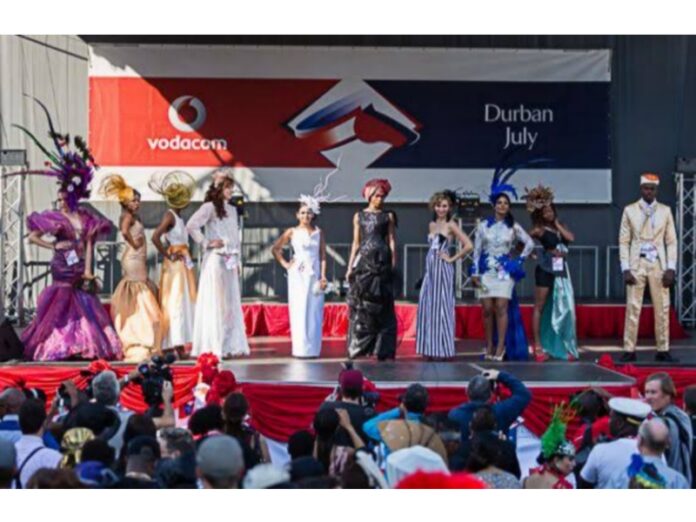 KwaZulu-Natal artists who have suffered a torrid time through the pandemic have welcomed the decision to announce the return of the Durban July.

KZN premier Sihle Zikalala announced on Thursday that the historical horse racing event will return this year after being cancelled for two years in a row due to Covid-19.

The successive cancellations were disastrous to many of the province’s fashion designers, some of whom were forced to close their businesses and sell their sewing machines due to the lack of income.

Mumsy Mkhwanazi of the Afrolicious fashion label told Scrolla.Africa that they had to make many of their staff redundant because their main source of income was the Durban July.

“We had to retrench many people including make-up artists, photographers and others who had to sell their sewing machines. As fashion designers our business relies on events such as the Durban July.”

In 2020 and 2021, virtual shows were held in place of the live event, but Mkhwanazi says that these events did little to replace the lost ticket sales.

“After it was turned to run virtually, we suffered because no event was able to take place live where guests could come wearing our fashion garments,” Mkhwanazi said.

“Hearing such great news on a Sunday is a breakthrough,” said Mkhwanazi.

Sthandiwe Hlongwana of Bright Shadow designers described the news as “the best announcement ever.

“We are very happy that we are going back to business. With Durban July, we start to make money a month prior to the big event where models showcase our designs at different events that take place ahead of the main event,” she said.

She added that in the past two years, his company has survived by renting out the garments.

The Durban July will be held on 2 July this year at the Greyville Racecourse.

The landmark City racecourse has been home to the Durban July through two World Wars with the international sporting event dating back to 17 July 1897, when the horse Campanajo crossed the line first in what was then a mile-long race.