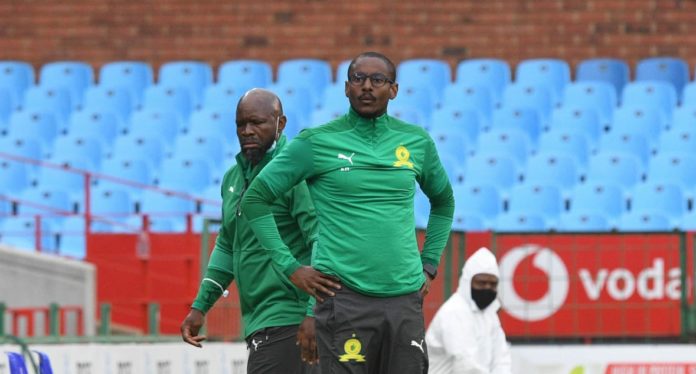 Sundowns co-coach Rulani Mokwena has no doubt that Saturday’s top of the table clash with Swallows is a must-win match for his team.

“It is a game we have to win,” said Mokwena.

“We must deal with the pressure and focus and stick to our objectives.”

The Brazillians have had two goalless draws, first against Supersport United then against Bloemfontein Celtic. The Brazillians are still tied with the Dube Birds on 26 points but are ahead on goal difference. A win for either side will move them to the summit of the log.

Swallows played a 1-1 draw against Chippa United on Wednesday at Dobsonville Stadium despite scoring first through their talisman Ruzaig Gamildien but couldn’t hold on to the victory after conceding a goal.

The last time either team recorded a victory was when Sundowns defeated Baroka FC 2-0 while Swallows won their match against Baroka FC, 1-0.

Mokwena said preparation without key players has been tough.

“Through injury we are missing key players, Lyle Lakay, Khuliso Mudau, Bangaly Soumahoro, Ricardo Nascimento and we were dealt a huge blow when we lost Brian Onyango,” he said.

“But we will improvise and find solutions. We have a lot of talent in the squad and will do the best we can under the circumstances.”

Sundowns face Swallows in the DSTV Premiership on Saturday at the Lucas Masterpieces Moripe Stadium. Kick-off is at 3pm.