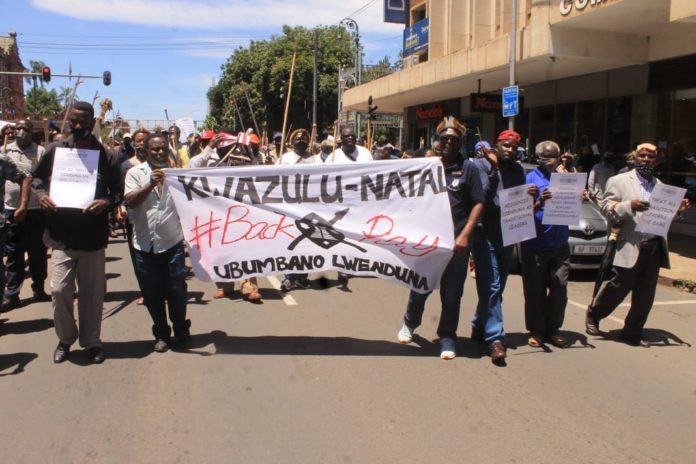 Since the introduction of a monthly salary of R9,000 for izinduna in KwaZulu-Natal, the province’s traditional councils have become killing fields.

This year alone, more than 20 izindunas have lost their lives across the province while the government has remained silent.

Traditional leaders say they think some of the killings are organised by people who want the izinduna salaries themselves.

Izindunas or village headmen are the third layer of the Zulu traditional leadership with King Goodwill Zwelithini at the top and Amakhosi as the second layer.

Izinduna salaries were introduced in 2017 but are now expected to become even more lucrative, with traditional councils negotiating backpay to 2013.

The latest incident is the brutal killing of iNduna Prince Hlabisa, 56, of Matshamnyama Traditional Council in KwaHlabisa north of the province.

Hlabisa was brutally murdered in a hail of bullets last Sunday afternoon at his homestead.

He was relaxing at home with family when he heard a knock on the door. Upon opening the door, he was greeted by gunshots.

Hlabisa will be buried today at his home in Qunawe Village.

Scrolla.Africa spoke to Bheki Mthembu, the secretary of a union of izinduna called Ubumbano Lwezinduna. He said: “What is even more concerning is that this happens right after Ubumbano Lwezinduna organised a march to submit a memorandum of demand to the KZN Premier’s Office on 6 November.”

Hlabisa’s family spokesperson Yekayena Mhlongo from oSuthu Traditional Council, the home village of King Zwelithini, said the killings were driven by people hoping to become traditional headmen themselves and ultimately get paid.