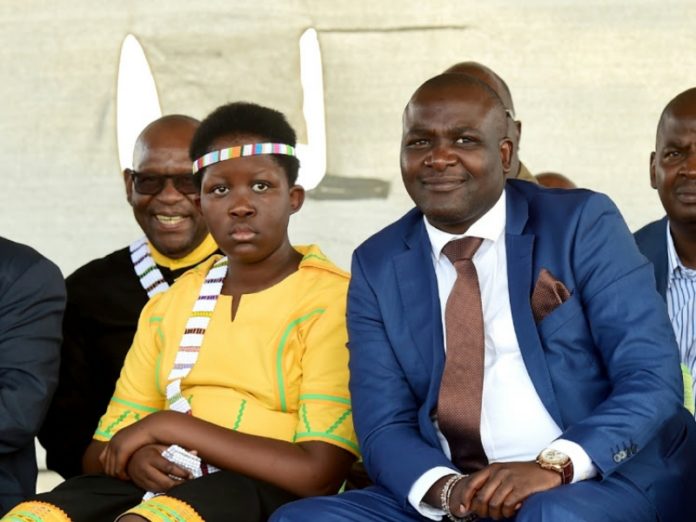 The Balobedu regent has blamed the English language for the mistranslation of their culture concept.

Prince Mpapatla Modjadji made this claim during a media briefing at the royal house on Monday to clarify the royal council’s decision to end the Modjadji Queenship.

The announcement was made last week in a letter which stated that Queen Masalanabo’s 24-year-old brother Lekukela was in line to ascend to the throne in October 2022.

The decision shocked many, as male children of the Rain Queen have traditionally not been eligible to inherit the throne.

Masalanabo was recognised as the Queen by former President Jacob Zuma in 2016.

Mpapatla told the media that there were certain concepts belonging to the Balobedu culture which have been mistranslated in the English language, such as the terms “Queen” or “Rain Queen,” leading to a wider misinterpretation among the public.

He added that in Khelobedu, their throne was not attached to any gender, as they have had both male and female rulers in the 400 years of the monarch’s existence.

“In the hundreds of years our nation has been in existence, all our rulers have been referred to as Khosi, whether male or female. The terms King and Queen are thus foreign terminology to us,” he added.

He went on to say that the rainmaking process involves the broader community, who take part in the yearly rainmaking ceremony led by their ruler at the time.

He said it was therefore wrong to attribute the process to an individual.

“Any person deemed eligible by the royal family and the royal council, regardless of gender, may ascend the throne and my nephew Prince Lekukela Modjadji, was chosen as the rightful heir to inherit the throne from his mother,” Mpapatla stated.

Queen Masalanabo’s guardian, Dr Mathole Motshekga, who is also the ANC MP, said the royal council wants to appoint a “puppet” to the throne so that they can continue stealing Balobedu public funds.