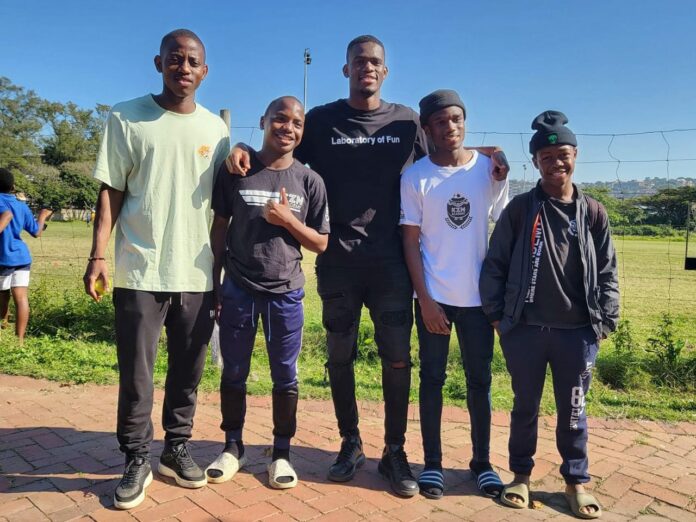 Cele, 25, plays for Poland for Radomiak in the top flight, while Sithole, 23, is on the books of Belenenses in Portugal, who were relegated to Liga 2.

After spending a day motivating aspiring footballers at KZN Academy, where they graduated three seasons ago, the duo decided to spend some time in KwaMashu.

Sources close to the players said, that while waiting for a friend outside a house, a car drove up and three men jumped out with guns and cornered the players, demanding their cash and cellphones.

“Siphephelo pleaded for mercy, while Thabo asked the guys not to hurt them. Remember Thabo is from KwaMashu, so he knows about the violence-torn lifestyle of that notorious township,” said the source.

“One of the men hit him [Thabo] with a gun on his forehead and he fell down. The other men were pickpocketing, and swearing at Siphephelo and got R6,000 and one cellphone.”

Siphephelo managed to escape and jumped the house fence, while the bleeding Thabo also managed to flee.

It is said the incident left the stars traumatised and so scared they didn’t even open a case.

Sithole – who made an impression on his debut for Bafana Bafana against Morocco in the 2023 Africa Cup of Nations qualifier last month – was not keen to discuss the incident.

“I don’t want my mother to be scared. She’s elderly and I wouldn’t like her to be subjected to stress. Honestly, I wouldn’t want this to go public,” said the lanky defender from Ulundi village in northern KwaZulu-Natal.

Cele has since returned to Poland for pre-season training and is likely to continue his career there despite repeated reports linking him with a move to come back to South Africa. Kaizer Chiefs are said to be hot on his heels.