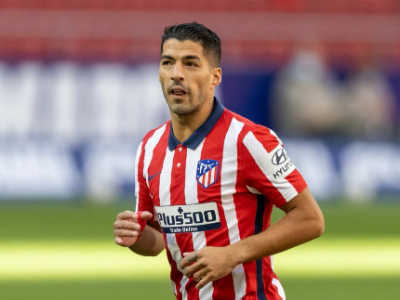 When Atletico Madrid host Chelsea in the Champions League last 16 first leg, Barcelona will be watching with interest.

Luis Suarez left Barca to join Atletico at the end of last season but the deal included a clause which means Barca will receive an additional fee if Madrid get through to the Champions League quarter-finals for the next two seasons.

According to Spanish Daily Sport, Atletico have already paid R120 million for hitman Suarez – with just over R80 million for the initial fee and around R34 million after the Uruguayan played 20 games for them.

With Suarez in fine form, Chelsea should be wary of the South American. So far he is the La Liga leading goal scorer with 16 matches, one ahead of his friend Lionel Messi.

Atletico, who are La Liga leaders, are going to this match having suffered a shocking 2-0 defeat by Levant at home on Sunday. Chelsea, who are in fifth place in the English Premier League, drew their last match with Southampton on Saturday.

Meanwhile in Italy, Lazio will play host to the competition’s defending champions Bayern Munich. This first leg will be held at Stadio Olimpico at 10pm on Saturday.