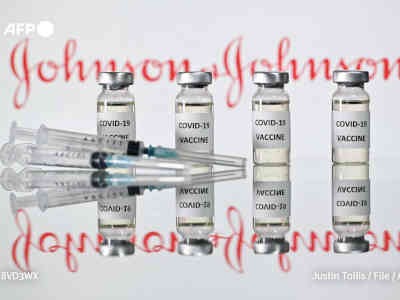 80,000 Johnson & Johnson (J&J) jabs will arrive in South Africa on Tuesday and be distributed to 16 sites across the country where healthcare workers will be vaccinated.

This is the first of four batches of the J&J vaccine set to be distributed across South Africa every two weeks. The first three batches will consist of 80,000 doses and the fourth will have 60,000.

Unlike the other vaccines which are currently being administered in other countries, the J&J jab only needs a single dose. This makes the vaccine considerably easier to administer because healthcare workers don’t have to spend time and resources making sure that people return for their second shot.

As of tomorrow, South Africa will make history by becoming the first country to administer the J&J Covid-19 vaccine to its population.

This wasn’t always the government’s plan of action.

It seems like ages since the Health Minister Zweli Mkhize was pleased to announce in January that the country had purchased 1.5 million doses of the AstraZeneca vaccine.

Since then, however, news emerged that the AstraZeneca vaccine was considerably less effective against the South African strain of the virus, with an efficacy rate as low as 10%.

Mkhize announced today that the 1 million doses of AstraZeneca which have already arrived in the country will be offered to other African nations.

He said, “’The AstraZeneca doses we purchased have been offered to the AU platform, of which we are part, and the AU will distribute to those countries that have already expressed interest in acquiring the stock.”

Unlike the AstraZeneca jab, however, the J&J vaccine has been shown to be effective against the new strain of the virus, offering 57% protection against moderate to severe disease caused by Covid-19.

The rollout will begin at midday on 17 February and everyone who is eligible to get vaccinated must register on the online electronic vaccination data system (EVDS).