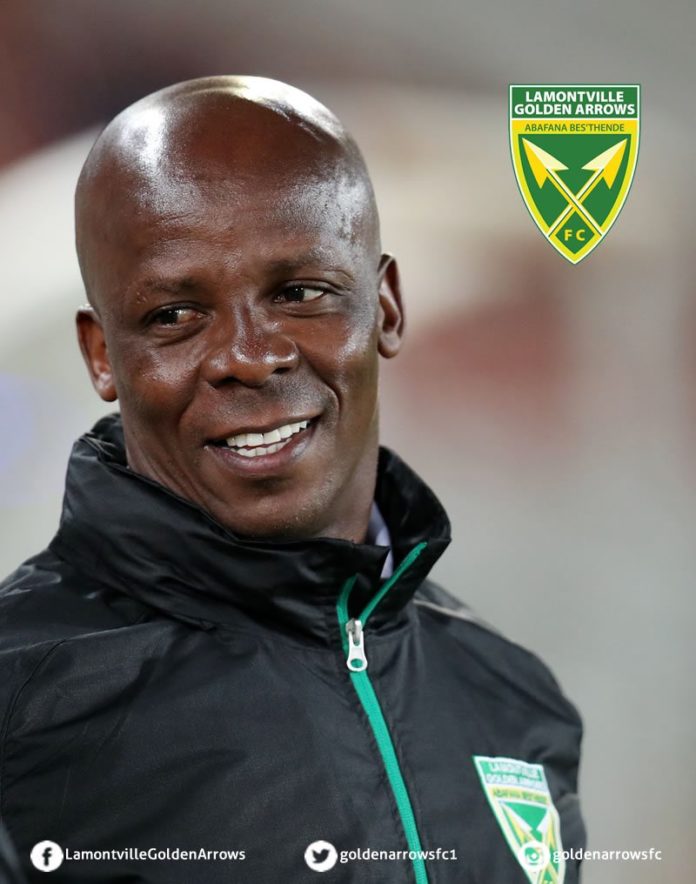 Quietly, Golden Arrows are going about their business but they are costing teams crucial points and causing a lot of damage to teams in the DStv Premiership title race.

Already they have disrupted log leaders Mamelodi Sundowns and third placed Swallows causing them to drop crucial points, drawing 1-1 with both teams. They beat second placed SuperSport United 3-1 in October.

Significantly, Arrows are yet to lose a league match this season and coach Mandla Ncikazi would definitely want to keep it that way when they host Tshakuma Tsha Mandzivhandila at KwaMashu’s Princess Magogo Stadium on Saturday at 3pm.

Ncikazi said it is important that they respect their opposition.

“The biggest mistake that we can make as a team is to take TTM for granted,” said Ncikazi.

“We are facing a difficult opponent and TTM have many quality players. Even their defeat against Pirates was because of individual mistakes, not because they played badly as a team.”

In their last match Arrows defeated Chippa United 1-0 last Saturday while Tshakuma lost 3-0 to Pirates on Wednesday. Both these teams are desperately in need of maximum points.

Arrows would want to consolidate their top eight spot and maintain their unbeaten run. The Limpopo side are lying 12th in the league and three points from the match would get them as far away from the relegation zone as they can be.