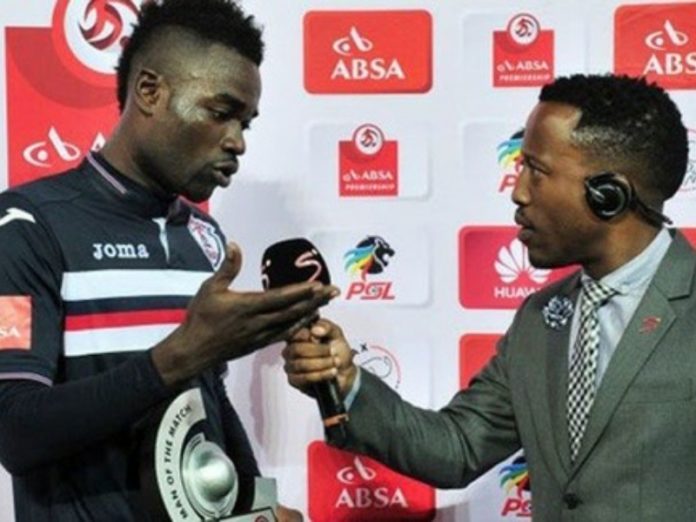 Famous for thanking both his wife and his girlfriend in a live television interview, Mohammed Anas has added another embarrassing first to his CV.

Anas has become the first PSL player to be relegated with three different teams in three consecutive seasons.

In 2018/19 he got the chop with Free State Stars. In the following season, Polokwane City rescued him from playing in the GladAfrica Championship with Ea Lla Koto, only to then find himself in the relegation zone again with Stars!

At the start of the season, Anas was on top of his game and firing on all cylinders but as the season progressed his form faded and City – lo and behold – got relegated.

Once again the Ghanaian striker avoided GladAfrica Championship football when he was lured back to the Premiership by Black Leopards from Rise and Shine.

And yes, this season Lidoda Duvha were also relegated.

If he’s not rescued back to the Premiership again by another team, next season he will face his two former teams in the GladAfrica Championship.

In 2017 Anas shocked the world in a live TV interview after receiving his first ever man of the match award in the Premiership while playing for Stars. Overwhelmed with joy, Anas thanked his wife and his girlfriend for his achievement.

In the interview that went viral around the world, mumbling Anas tried to justify the statement by saying his wife knew that he sometimes called her his girlfriend.