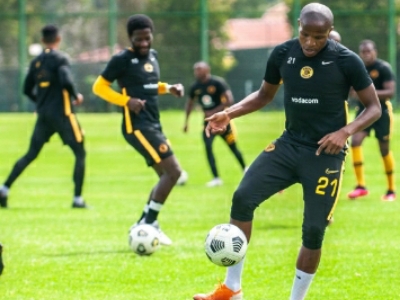 Kaizer Chiefs’ debut match in the CAF Champions League group stages has met with yet another complication.

On Monday afternoon Amakhosi got an email from CAF via SAFA that suggested that the game between the two teams be replayed on Friday at Al Salam Stadium in Cairo, Egypt.

But Chiefs have replied saying there are visa and travel logistics problems.

“Given three days notice, the club will still face the same challenges with the Egyptian Embassy because it takes a minimum of seven working days to get approval for visas. Securing flights will also pose a challenge as some airlines are not operational due to restrictions,” said Chiefs.

“Based on the above, this may have a negative impact on the Champions League game against Horoya AC scheduled for Tuesday, 23 February.”

The club then proposed that the game be played at a later stage which will enable them to honour the Champions League games on 23 February and 5 March.

Amakhosi also said they will wait to hear from CAF with a suitable date.

On Wednesday Amakhosi play Usuthu at FNB Stadium in Soweto at 3pm. Chiefs will be hoping to get maximum points that will take them back into the top eight while Usuthu will be looking to jump from seventh to sixth.

In the other match on Wednesday, league leaders Mamelodi Sundowns take on 10th place Baroka at Lucas Moripe Stadium in Tshwane at 5pm. Downs will be hoping to extend their lead to five points over second place SuperSport United.