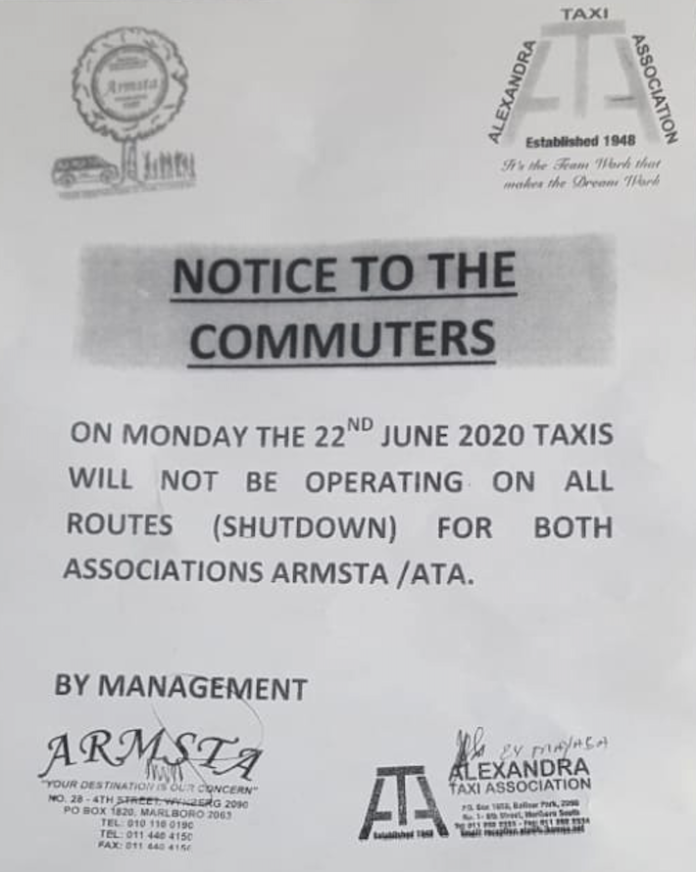 Taxi commuters in Northern Johannesburg might have to walk to work on Monday after taxi associations rejected government’s Covid-19 relief package as too little.

Taxi associations have planned a shutdown, threatening no taxis on Monday 22nd June.

ATA Chairperson Vusi Mayaba told Scrolla.Africa that the strike on all routes would remain until the minister came back with a proper offer.

“We complied with the regulations,” said Mayaba. “We did everything that the government wanted us to do. And now we need them to help us.”