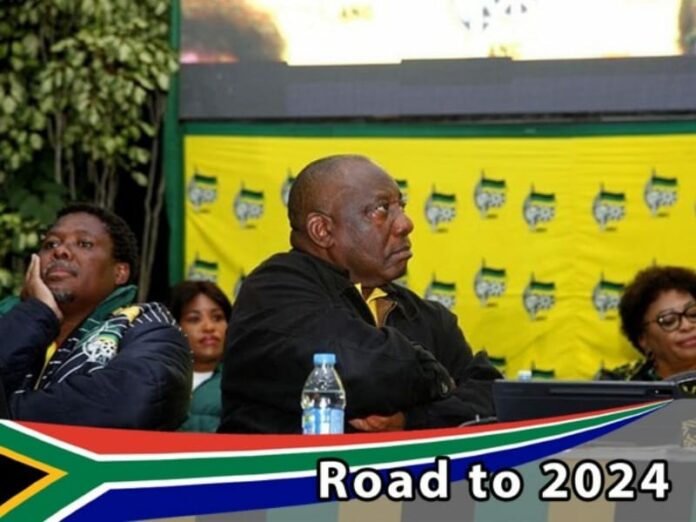 Road to 2024: Zukile Majova looks ahead to the next battle for control of the ANC: Nasrec Johannesburg where the party will hold its national policy conference.

The newly elected leadership of KwaZulu-Natal is expected to test some of its resolutions this weekend at the national policy conference, including a demand for a complete overhaul of the step aside rule.

The rule says members who have been charged by the police should step down from their positions to protect the image of the party.

Leaders in the Radical Economic Transformation faction including suspended secretary Ace Magashule and disgraced former eThekwini mayor Zandile Gumede have been affected by the rule.

Gumede had to decline nomination for the position of treasurer.

The RET forces that now rule KZN will also try to force the ANC to once again allow its official structures to publicly support leaders who appear before the courts charged with stealing public funds.

The Ramaphosa regime discouraged this as it created an impression that the ANC was soft on corruption or at odds with its own government.

“We won’t be only going, we’ll be organising the appearance of the ANC to support President Zuma,” Mtolo told SABC.

The RET forces have their tails up after their massive campaign to block President Cyril Ramaphosa from securing a second term gathered steam with the election of an entire KZN executive committee dedicated to his removal.

The slate presented by known loyalists of former president Jacob Zuma won the leadership tussle with a clean sweep.

But the conference also affirmed that the Ramaphosa faction enjoyed almost 40% of support from branches in a province previously thought to be firmly under Zuma’s control.

In the context of the ANC’s upcoming elective conference in December, KZN has become the first province to be won by the RET forces.