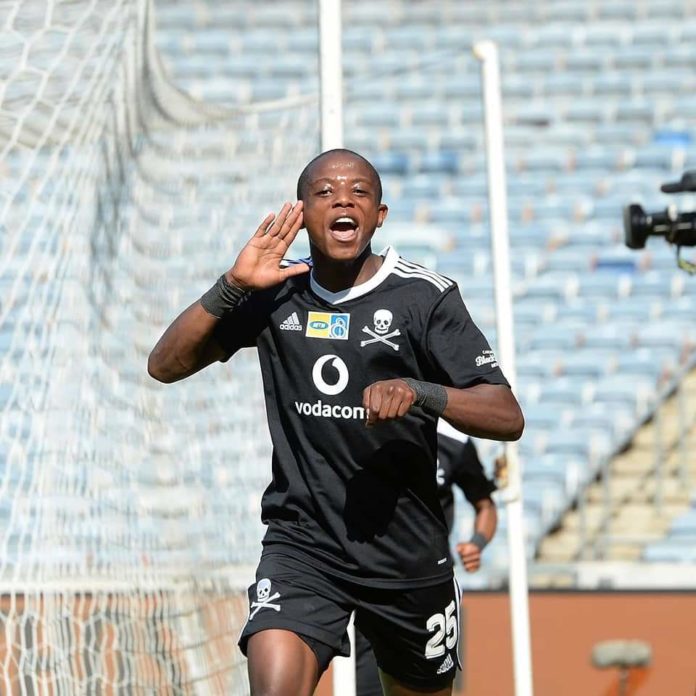 Kaizer Chiefs were like limp pray in the jaws of death on Saturday at Orlando Stadium.

The Buccaneers took advantage of the wounded Amakhosi side that is crippled by transfer bans for two seasons by FIFA. It seems like there is no way Amakhosi will make it out alive.

Khama Billiat missed the best opportunity of the game and hit the cross bar, with Pirates keeper Richard Offori at his mercy during the 10th minute.

In the 20th minute Khama Billiat laid off the pass to Leonardo Castro but the striker failed to hit the target.

In the 25th minute, Zakhele Lepasa headed home an opener in close range for Pirates to take the lead from a Terrence Dzvukamanja cross.

Vincent Pule should have increased the lead, but decided to pass, and missed a glaring goal scoring opportunity.

The Buccaneers went to half time leading by one goal to nil.

In the second half, Pirates continued where they left off and increased the lead with Vincent Pule pouncing on the Chiefs’ sluggish defence.

Thembinkosi Lorch pulled off a confident finish inside the box to make it 3-0.

Zakhele Lepasa was on target again to add the fourth goal but Akpeyi denied the young cub a brace with a great save.

“It was a good game for us, I think Lorch and Pule had a good game. We needed more time for us to get everything right, but Monare played well in his game,” said Orlando Pirates coach Josef Zinnbauer.

Kaizer Chiefs Coach Gavin Hunt said “I don’t think it’s a 3-0 game but we lost anyway. There is a lot I would say but can’t say now”.

The mighty Buccaneers take the three goals advantage to the second leg of the MTN 8 cup scheduled for 8 November at FNB Stadium.