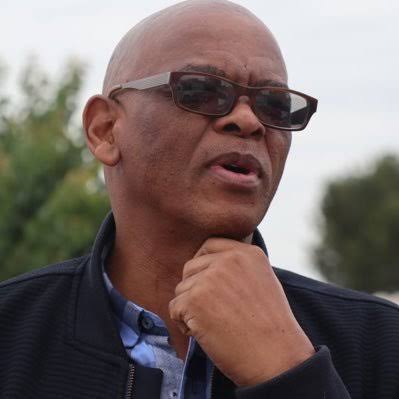 Last week, Magashule or allies leaked news of his approaching showdown, warning it would happen as a “Hollywood cop arrest”.

If so, it was a textbook move to try and drum up support.

But the support never came.

Nobody of any stature in the ANC has risen to defend Magashule, who’s on the line for Gupta-related corruption charges involving a dairy farm in Vrede.

In the firing line was Magashule’s teammate at Luthuli House, Carl Niehaus, who is also spokesman for the MK Military Veterans Association (MKMVA). Mbalula described Niehaus and MKMVA president Kebby Maphatsoe as “thugs calling themselves MK”.

Niehaus is part of Magashule’s team at Luthuli House and called for Mbalula to be arrested for the poor state of the railways in Gauteng.

Mbalula’s reply? He Tweeted: “Carl Niehaus faked the death of his own mother, today he is showing up with chicken audacity threatening everyone, including the state.”

In a later deleted Tweet, Mbalula wrote: “I’m not afraid of them; Jacob Zuma, Carl Niehaus, Kebby Maphatsoe, Busisiwe Mkhwebane, and Ace Magashule. That you must know.”

Mbalula and Magashule have had a feud that goes back years.

But beyond the mess of ANC faction fighting, the fact that Mbalula is bold enough to send such Tweets, tells us one thing.

Magashule’s arrest and indictment for corruption is getting closer.

Scrolling is an opinion column.