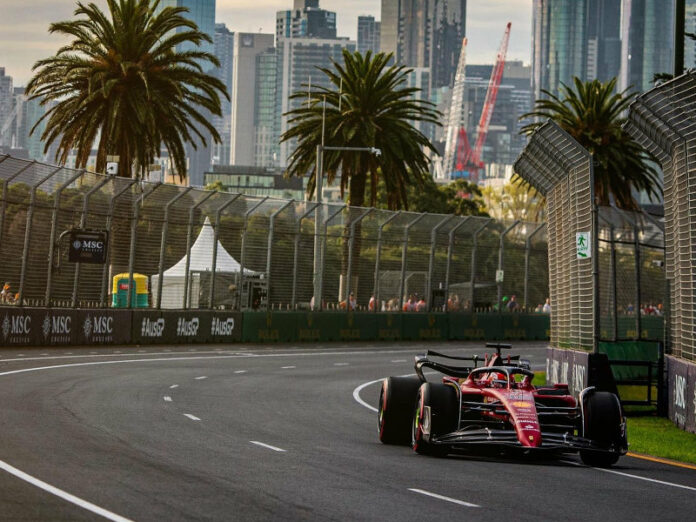 It was the ultimate rollercoaster ride for the impressive Ferrari team as they claimed their second Grand Prix victory with Charles Leclerc while Carlos Sainz spun out the race on lap two.

Leclerc qualified on pole and looked dominant in the opening laps of the Australian Grand Prix in Melbourne but the threat of Max Verstappen remained, with the help of a few safety cars.

The same cannot be said about his teammate Sainz who was perhaps unlucky throughout the weekend.

Sainz managed to qualify only ninth before losing four places in the first lap at the start to find himself 13th.

Chasing the gap he lost, the Spaniard pushed the car too hard and beached the car in the gravel and had to retire the car.

With Leclerc left to manage the points for Ferrari in their already close battle with Red Bull, the driver from Monaco looked sure on for the victory and that was confirmed when his rival Max Verstappen retired his car.

Red Bull’s second driver Sergio Perez kept it steady for his team and finished the race in second.

This is another reliability issue and must be causing major headaches in the Red Bull garage. This is their second retirement in just four races.

While it is still early in a long season, Red Bull’s reliability issues could be the downfall in their race to win the constructors’ championship.

Mercedes, which has been poor this season thus far, looked slightly improved as George Russel earnt his first podium with the team to finish third.

Lewis Hamilton ended the race in fourth to maintain some level of competitiveness with Red Bull and Ferrari as they attempt to find the right balance for their car.

It is advantage Ferrari in both the drivers and constructors’ championship following Leclerc’s win as well as earning the fastest lap of the race, giving him and the team an extra point.

The Italian Grand Prix at Monza is in two weeks time on Sunday 24 April.