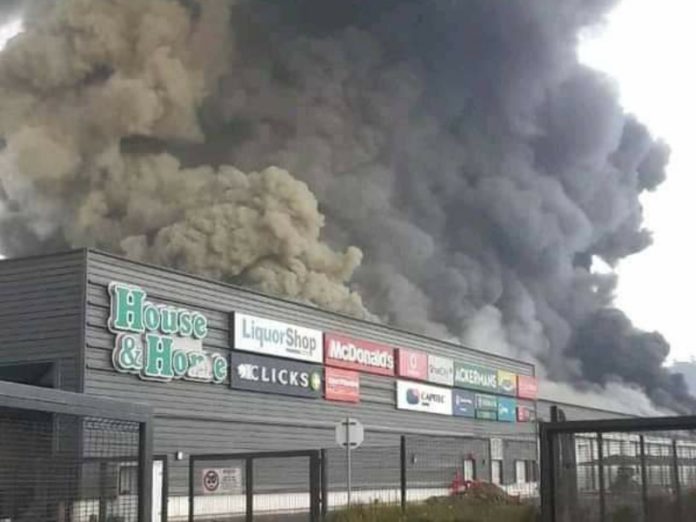 From the day former president Jacob Zuma was sentenced to a 15 month jail term, his supporters threatened a civil war.

But when the former statesman handed himself over to the correctional services to start his sentence last Wednesday, nothing happened. The threats were ignored and dismissed as bluffs.

On Sunday, the #FreeZuma protests started in KwaZulu-Natal. They then quickly spread to Johannesburg and some parts of Ekurhuleni.

As of Monday, seven people have reportedly been killed, including a toddler and a convict who tried to escape from a prison which inmates had set alight in KZN.

Shopping malls were looted, and some were also set ablaze and lawlessness was seen spreading rapidly throughout the KZN province.

Leading activist and Treatment Action campaign founder Zackie Achmat weighed in on the unrest on his social media post.

In his own words, he said: “There is no programme for the revolt except a gerontocracy bent on causing chaos. Therefore the senseless violence will run out of steam at great cost. The RET demands do not deal with hunger,” he said.

RET forces are Zuma’s supporters who have named their group Radical Economic Transformation, and they demand that Zuma is released from jail.

But it looks like those who are protesting are doing it out of hunger not necessarily to get Zuma out of jail.

Achmat described what was going on in the country as nothing but a “beer hall putsch” attempt to overthrow the government, fuelled by hunger, sickness and unemployment.

He also listed what he said were the potential dangers of what’s going on now.

Racial violence, especially against Indians but Whites might also arise. Xenophobic riots and attacks on Black people from provinces other than KZN is also a serious possibility.

A recession is probable and will lead to greater immiseration of working people, including for the middle classes.

IFP supporters would not stand back and might attack the Zuma faction as supply chain disruptions lead to scarcity and increased hunger.

Achmat says there is a high possibility of the rich and middle classes leaving the country regardless of their race. This, he says, will result in the loss of capital and desperately needed skills.

On Tuesday, the South African National Defence Force was deployed in both KZN and Gauteng to control the unrest.