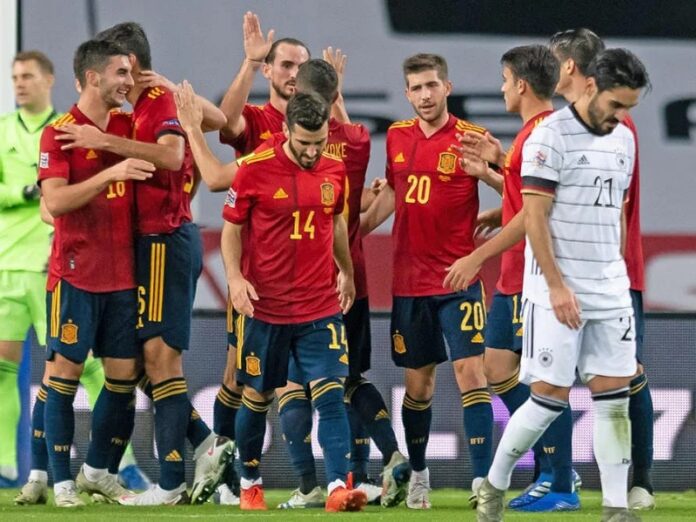 PICK OF THE SPORT:

Going into only the second matchday of the Qatar World Cup – and Germany taking on Spain already has everything on the line.

With the World Cup only just concluding its opening round of fixtures, the difference between winning and losing the first game has never been so crucial.

None more so than for Germany, who surprisingly lost to Japan in their opening fixture. To make matters worse, in the game that followed Spain defeated Costa Rica 7-0.

Why that is important is that Germany next takes on Spain on Sunday in an absolute must-win for the 2014 World Cup champions.

Germany faced humiliation in the 2018 World Cup when they were eliminated as champions from the group stages.

Manager Hansi Flick could face a similar fate if Germany were to lose to Spain. They will be confirmed to have been knocked out of the showpiece.

While that would be a colossal failure for Germany, Spain have the rare chance of knocking out a giant as early as matchday two.

Spain will be in a rich vein of confidence after scoring seven goals in their opener. Adding the opportunity to knock Germany out, the fixture has all the makings of a final.

Everything is on the line for Germany, the ever-so-slight margin between relief and trauma, pure jubilation and utter devastation, the difference between winning and losing.

But that is not the only World Cup fixture. In fact, it is the last one of the weekend, with Spain facing Germany at 9pm on Sunday.

Sunday will start with Japan taking on Costa Rica followed by Belgium up against Morocco before Croatia take on Canada.

All the World Cup action is live on DStv channel 202.

➔ With all the World Cup fever, it would be easy to forget that we have a national rugby team that are playing perhaps their biggest game of the year. Read Lucky Maree’s