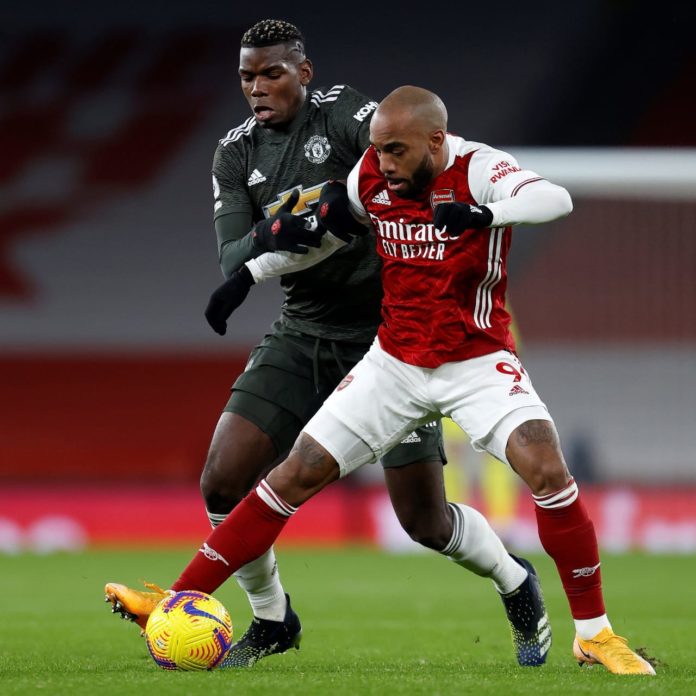 Both Arsenal and Manchester United coaches have focused on the positives in their English Premier League match that ended in a goalless draw at Emirates Stadium on Saturday.

The Gunners failed to complete the double over United after they beat them 1-0 at Old Trafford in November.

“I thought it was a fair result. Both managers probably think they should have won. It was a big game. We played face-to-face,” Arteta said.

“The fact that we had three of our best players out probably had an impact on the game. I’m really happy with the players that played today and how the game developed at the end. In the second half we were so dominant and had some big chances.”

Arsenal played their third consecutive game without their captain Pierre-Emerick Aubameyang who is still absent due to family matters.

The draw saw Arsenal jump to ninth place but they could drop to tenth if Chelsea win their match.

United’s draw was expensive. They are now four points behind leaders Manchester City who have a game in hand.

The Red Devils’ second place is under threat. They could swap places with third place Leicester City who are playing on Sunday.

“I was delighted with the lads,” he said.

“We had big chances to win the game but unfortunately we didn’t take them. I think we dominated the first half and Marcus Rashford missed a glorious chance to put us ahead. But I can’t fault my players, they played well,” said Solskjaer.

Both teams are back in action on Tuesday. Arsenal will visit Wolves while United host Southampton.