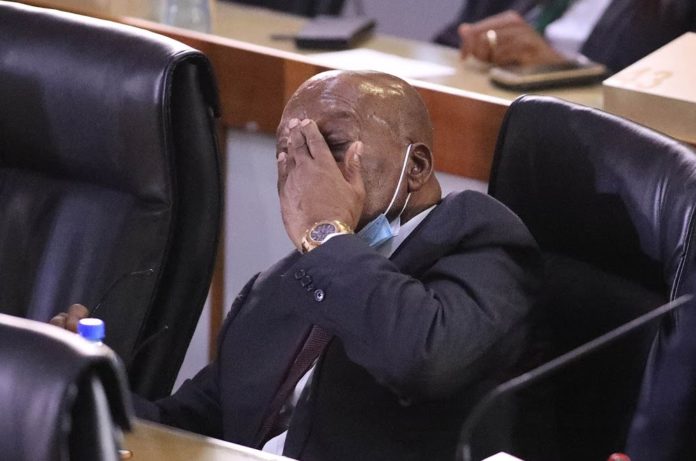 Jacob Zuma’s paranoia about a plot to kill him drove him and his security advisers to go to extraordinary lengths to protect him from his imaginary enemies – including arresting his own wife.

Deputy Chief Justice Raymond Zondo was told by a witness known only as Mr Y that at the height of this paranoia, two toxicologists and two lab assistants were hired to test Zuma’s food and check that his bedding was not laced with poison.

Various lieutenants at the State Security Agency spared no expense to develop and train an illegal private force to protect the president.

The theory that former President Zuma would be poisoned was first canvassed around 2005 after then President Thabo Mbeki fired him as his deputy. This followed evidence in the fraud and corruption case of Zuma’s friend and financial adviser Schabir Shaik had implicated Zuma in trying to secure bribes from French Arms company Thales.

At first a claim was made that a former military sniper based in KZN had been paid to kill Zuma.

Then this theory changed to suggest Zuma would be poisoned. That began a new protocol when Zuma attended gala dinners where his security detail ensured he only drank water supplied by his bodyguards from sealed water bottles.

After reports that his wife Nompumelelo Ntuli-Zuma was having an extramarital affair, she was then fingered as working for an outside force trying to kill the president.

In late 2014 Zuma was whisked off to Russia to be treated for poisoning after he fell sick on a trip to the US.

Ntuli-Zuma was never prosecuted for this as there was no medical evidence linking her to the alleged crime.

This period of the plot to kill Zuma – 2013 to 2017 – appears to have been designed to intimidate Ntuli-Zuma, who was unhappy at being sidelined and kicked out of her home in Nkandla. The Zondo commission heard this week that Ntuli-Zuma was detained illegally by the State Security Agency.

In October 2019 Ntuli-Zuma told Newzroom Afrika about her “five years of hell”.

She said she was informed by then State Security Minister David Mahlobo that she was suspected of trying to kill her husband.

“When the news came in, I was very broken. I felt like I was torn apart.

“I was surprised and hurt at the same time.”