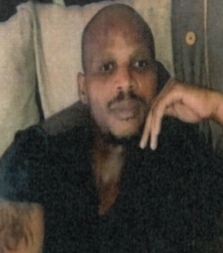 Former president Jacob Zuma’s nephew, Muzi Zuma, is the prime suspect for the killing of his girlfriend in 2018.

But he’s still on the run from the police.

Dlamini’s mother became worried when her daughter, who had spent the night at the suspect’s home, did not come home and she went searching for her daughter.

Her worst fears were confirmed when she found her daughter dead with a gunshot wound to her left shoulder in the bush on the way to the suspect’s home.

The suspect is said to have fled the area when the police arrived at the scene.

The couple had one child.

“It doesn’t make sense that the police are failing to arrest someone two years after the murder. We plead with the police to arrest him. We will only have closure when he is arrested.”

Dlamini said he did not hate the Zuma family.

Jacob Zuma’s brother, Khanya, said the family also wanted the suspect to be punished if he was guilty of the crime.

“We are sympathetic to the Dlamini family’s plight. We also want justice to be served,” he said.

He dismissed claims that the suspect used family influence to avoid justice.

A police source who is not authorised to speak to the media said the suspect seemed to be a step ahead of the police.

“It looks as if someone keeps tipping him off about the investigation and this is why he has evaded justice for so long,” said the source.

Provincial police spokesperson Colonel Thembeka Mbhele said a warrant of arrest was issued for Muzi Zuma. She urged those with information to contact police on Crime Stop number 08600 10111 or the investigating officer.