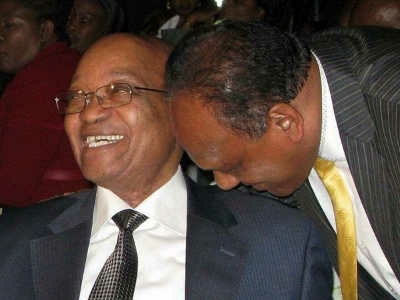 Former president Jacob Zuma’s birthday parties used to be fun-filled events with dancers, food and celebrations. High profile business people and politicians graced Nkandla or any of his official residences.

This year he will turn 80 on Monday while he fights a number of legal battles that could even land him in jail.

Zuma finds himself isolated as the tight grip he once had on his supporters has slipped from his grasp.

His former allies are nowhere to be seen.

People like Durban-based billionaire Vivian Reddy, who was among the people behind the Friends of JZ Trust, have vanished.

The frustrated Zuma has accused the party of neglecting him in the transcript of his 23-page speaking notes to the top six he released on Sunday.

Many of his loyalists have switched loyalty to Cyril Ramaphosa.

Previously, a smiling Zuma would be pictured cutting cake with his four wives flanking him, but like his political life, his love life is floundering.

Zuma will celebrate his birthday without Thobeka Madiba-Zuma after the two had a huge fallout last year, resulting in Zuma kicking her out of Nkandla.

Only two of the wives, his first wife, Sizakele Zuma (Makhumalo) and Bongi Ngema-Zuma are still at his side.

His brother Khanya said he had no idea whether there would be a big party in Nkandla.

“Let’s wait and see. Maybe his children will surprise him. It would be good if we host a party to celebrate this milestone,” he said.

Khanya said he spent most of his time with Zuma in Nkandla.

A birthday celebration must be the last thing in the mind of a man who is facing jail time.

The ConCourt was yet to make a judgement.