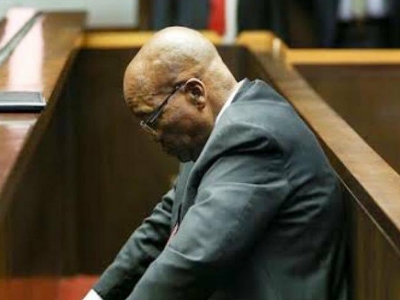 The resignation of Jacob Zuma’s legal team might just be no more than a trick to avoid going to court on his 15 year-old corruption case.

This is according to legal expert Ulrich Roux, of Ulrich Roux & Associates, who told Scrolla.Africa that he wouldn’t be surprised if the resignation of Jacob Zuma’s legal team yesterday (Wednesday) was a deliberate delaying tactic.

“While it is all pure speculation at this point, Zuma has been delaying this case ever since he was charged,” said Roux.

He said Zuma was entitled to a legal team if the relationship he had with his former one had broken down. But he added that Zuma’s new legal team would have to present a strong argument if they wanted the more than 15 year-old case postponed again.

“We will have to see when he appears in court in three weeks time,” said Roux.

One criminal lawyer said if it was a delaying tactic it was “the oldest trick in the book”, while another said the change in teams could mean a delay of another year.

Zuma’s attorney Eric Mabuza from Mabuza Inc filed the notice for the withdrawal on Wednesday ahead of the trial which was set to start on 17 May.

Senior Advocate Muzi Sikhakhane will no longer be part of Zuma’s legal team.

The Supreme Court of Appeal recently dismissed Zuma’s application to overturn a previous ruling by the Gauteng High Court that he was not entitled to state funding and has to pay back legal fees of more than R25 million.

NPA spokesperson Sipho Ngwema said they are ready to proceed with the case.

Zuma’s son Edward declined to comment, while attempts to speak to Mabuza were unsuccessful.