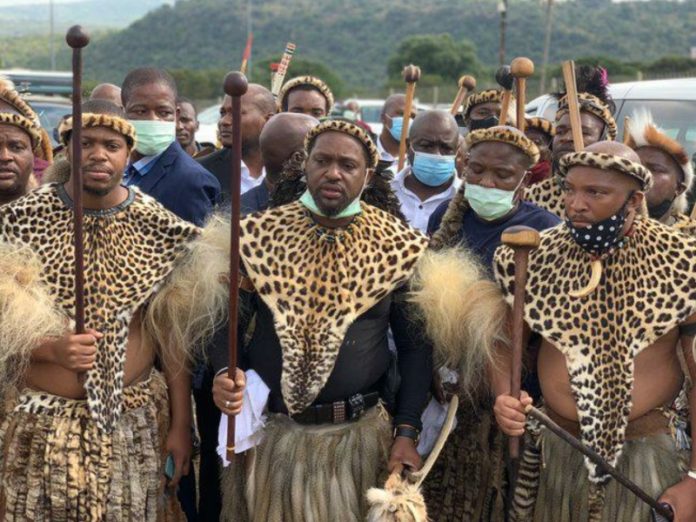 The Zulu Royal Household is livid after they were told on Saturday night that the police will be withdrawing the SAPS VIP Protection Unit from the KwaKhangelamankengana Royal Palace.

His Majesty King Misuzulu Zulu kaZwelithini has not yet been officially installed by the state.

Prince Mangosuthu Buthelezi, the Traditional Prime Minister of the Zulu Monarch and Nation, confirmed on Saturday night that police guarding the Palace were leaving.

“Despite the clear and present danger this poses, I am informed that the Brigadier in Charge of the SAPS Protectors stationed at the Palace has confirmed to Advocate Mshololo, who is also present at the Palace, that they have been instructed to withdraw. Both the Zulu Royal Family and the Swati Royal Family are shocked by this sudden development.”

The new king had to be whisked away under heavy police protection on Friday after the reading of his mother’s will turned chaotic.

On Sunday, after the royal family complained about their security, the police said the same level of service was being maintained. Police spokesperson Brigadier Vish Naidoo said the heavy contingent of police that was present at the palace last week was from other SAPS units and had been brought in for Queen Mantfombi’s funeral.

“In future, there could be more police in uniform or not, depending on a threat assessment which is reviewed on an ongoing basis.”

Our reporter who was at KwaKhangelamankengana Royal Palace on the weekend said all other units were withdrawn except for five officers in uniform.

This article was updated on Sunday May 9th