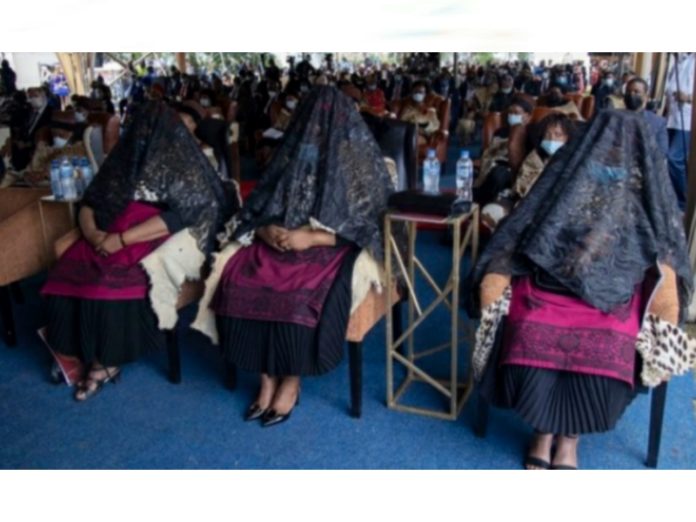 The eSwatini revolt has forced King Makhosetive Mswati III to cancel the cleansing ceremony for his sister’s children, which was supposed to take place last week.

According to Swati cultural expert Magidza Mhlanga, to mark the end of the mourning period, King Misuzulu and his siblings will be smeared with goat dung then later cleansed with the bile of a cow before they bathe.

The children of the late Queen Regent Mantfombi MaDlamini Zulu, including King Misuzulu, were supposed to be cleansed at their uncle Mswati’s royal palace on Wednesday last week.

The ceremony would have taken place as part of the tradition following the passing of their mother.

Zulu Royal family spokesperson Prince Thulani Zulu said the cleansing ceremony had to be cancelled due to the political unrest in eSwatini.

“As part of the tradition, Queen Mantfombi’s children were supposed to travel to eSwatini for the cleansing but as you know that there is political unrest in that country, the cleansing ceremony had to be cancelled,” said Prince Thulani.

Scrolla.Africa has also learned that the Zulu Royal family was intending to send the delegation to King Mswati to pass on their condolences for the passing of his sister, Queen Mantfombi, as per custom.

eSwatini has been rocked by days of violent clashes between security forces and demonstrators calling for democratic reforms.

Amid the mounting unrest, the government has denied reports that King Mswati III fled the violence to neighbouring South Africa.

The unrest came after King Mswati appointed the prime minister, which was challenged by those who believe that the position should be determined democratically through an election.

Political parties have been banned in the country since 1973.

As reported last month, the recent reshuffle in the two big South African kingdoms has effectively turned the eSwatini ruler, King Mswati III, into the most powerful traditional leader in Southern Africa.