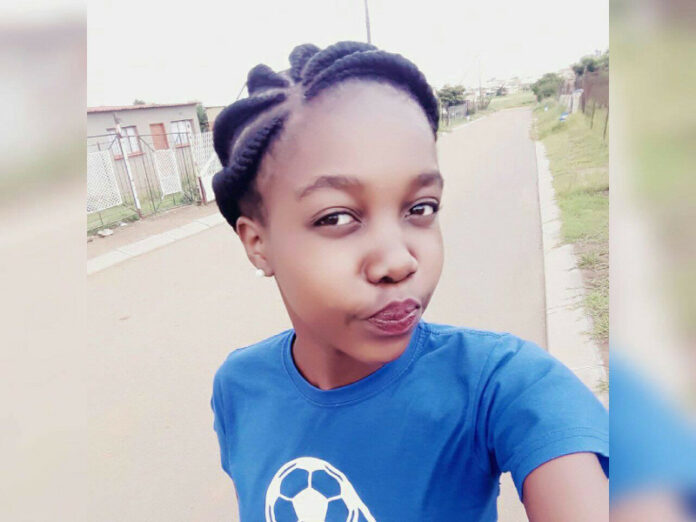 Zinhle Zimba had just turned 21 and so her family decided to throw her a party to celebrate the milestone. But Zinhle never made it to her 21st birthday celebration.

She was assaulted, raped and strangled to death before her body was dumped in a trench in Tsakani, Ekurhuleni.

The horrific crime was allegedly committed by her sister’s ex-boyfriend when Zinhle refused to tell him her whereabouts.

It’s alleged that the suspect went to Zinhle’s house on Thursday last week, demanding to know where her sister Bongiwe, 24, was.

When Zinhle told the suspect she didn’t know where she was, he kidnapped her while everyone was busy with the party preparations.

Bongiwe told Scrolla.Africa that her mother saw her ex with Zinhle but didn’t make anything of it.

The family became concerned an hour later when the party was supposed to start and Zinhle was missing. They suspected her sister’s ex might have done something to her.

They looked for her everywhere until her body was found the next morning in a trench.

Bongiwe said she had broken up with the boyfriend three days earlier as she couldn’t take the abuse anymore.

“I was tired of living in fear; he was physically abusive, addicted to drugs.”

On Tuesday night the suspect demanded to fix things and when Bongiwe refused he allegedly threatened to kill her and their three-year-old son and commit suicide.

“I managed to calm him down and he slept over. The following morning I packed an overnight bag and found a place close to work to hide at and changed my cell phone number.”

The deceased’s mother, Promise Mathonsi, said the family is pleading with the Tsakani Magistrate’s Court not to grant the suspect bail.

“We fear he might come to finish what he had intended to do, kill Bongiwe and their son, maybe even me.

“He is a monster that deserves to rot in jail for the rest of his life,” she said.

Tsakani police spokesperson, Sergeant Lerato Mngomezulu, confirmed that the suspect had been arrested.

“The suspect was last seen with the victim on Thursday night,” she said. “He will appear before the Tsakani Magistrate’s Court facing charges of rape and murder.”