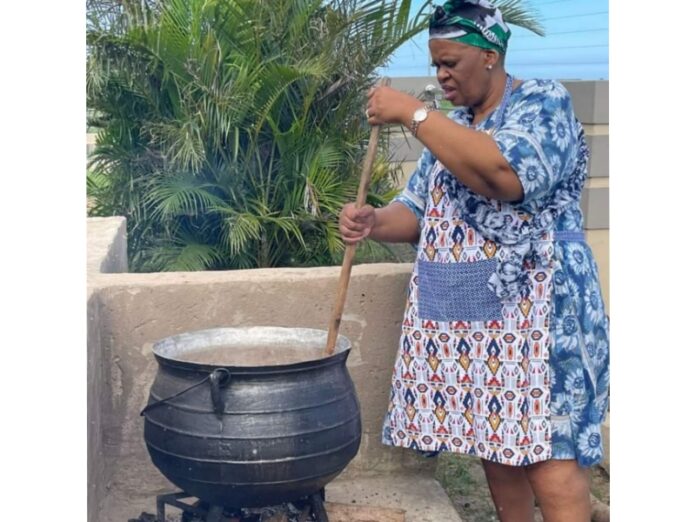 The former mayor of eThekwini Zandile Mkabayi Gumede has been urged to drop out of the running for chairperson of the region to avoid the step aside rule.

The battle lines have been drawn ahead of the much-anticipated ANC Ethekwini regional conference which will be held on Friday, which is due to be a deciding factor in determining whether President Cyril Ramaphosa wins a second term.

EThekwini is one of the most important regions in the ANC because its elective conferences determine the king makers in the provincial and national congresses.

However, some forces in her camp are said to want Gumede to withdraw her candidacy to avoid being told by the ANC to step aside as she currently faces criminal charges over corruption.

Gumede’s supporters have been discussing her future in a WhatsApp group titled “Friends of Jacob Zuma”. In a conversation thread, which has been seen by Scrolla.Africa, someone referred to as Mbolish openly discusses withdrawing Gumede from the race.

umama Zandile [Gumede] finds herself being instructed to step aside after she gets elected,” said Mbolish, a prominent member of Gumede’s camp, to other group members.

However, Musa Nciki, who is part of Gumede’s campaign, told Scrolla.Africa that no one has asked her to withdraw.

“All we know is that Zandile Gumede is running for the Chairperson of the ANC in eThekwini. That is what we know and it is her constitutional right that is fully recognised by our movement to stand for any position,” Nciki told Scrolla.Africa.

The elective conference will be held at the Durban ICC on Friday and will run until Sunday.

Interestingly, this is where Gumede was defeated by the then eThekwini Mayor James Nxumalo in 2015.