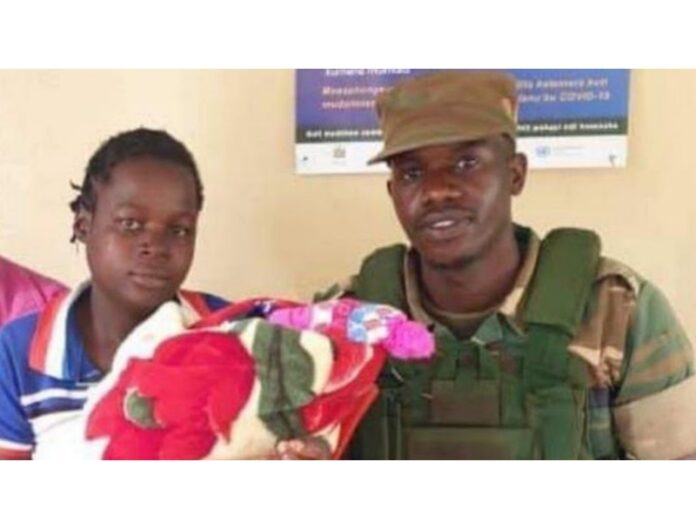 There are more ways for a soldier to become a hero than through fighting and killing people.

A Zambian soldier had quite a change of duty when he was asked to lend a helping hand to deliver a baby in a maize field.

Lance Corporal Humphrey Mangisani’s efforts earned him nationwide praise as well as a  promotion to full corporal for his act.

When the corporal saw a woman in labour he jumped on his motorbike to take the pregnant women to the emergency room – but she went into labour before they could reach the hospital.

“I had to help her in a maize field while it was raining. I risked my work by being absent from camp to help her,” Mangisani told Zambia Reports.

The soldier added that he used a razor blade to cut the umbilical cord then took the baby and the new mother to the hospital. When he was asked to name the baby in honour of his efforts, Mangisani named the baby Raymond Tembo.

The corporal said acts such as these were a part of his training when he was taught how to take risks such as these in the eastern district of Petauke.

The soldier’s commander said he hoped the stigma that soldiers bring harm will someday change and delivering a baby is a stepping stone to achieving that.

Brigadier General Kelvin Kanguma said Corporal Mangisani had shown that a soldier is someone who can help.

Zambian Health Minister Sylvia Masebo said over 100 newborn babies die every week as a result of mothers attempting home delivery because of the long distances to health centres, especially in rural areas.