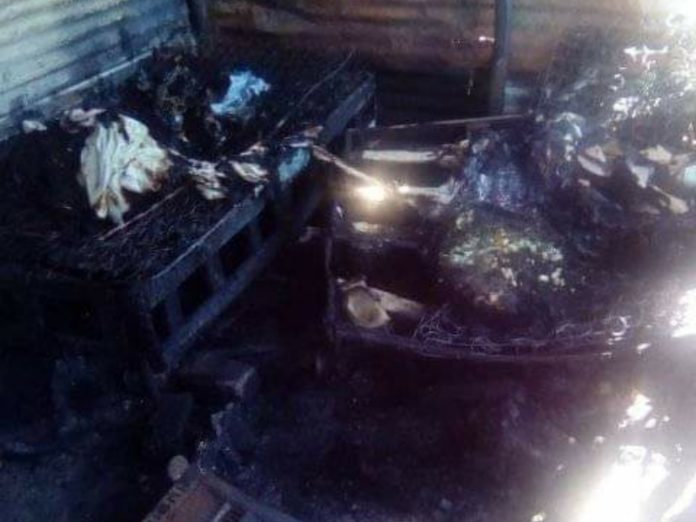 When 11-year-old Tsepo Mkhwananzi realised his four siblings were in danger of burning to death, his instincts took over.

In the smoke and the darkness of the shack, Tsepo managed to grab his five-year-old sister, Ayanda, and the two-year-old baby Andiswa and pulled them to safety – but then he could do no more than listen in agony to the cries for help of his other two siblings, Lerato and Sipho, as they perished in the flames.

Ntombifuthi Mkhwananzi, the mother of the children, now has to deal with the reality of losing two children in the fire that broke out in their shack in Embalenhle Ext 22 in Mpumalanga.

Ntombifuthi was not at home when it started. She had gone with her husband, Nompandlana Dingezweni, to Evander hospital. Because of transport problems she decided to spend the night there and only got home the next day.

She told Scrolla.Africa that Tsepo told her that the children had lit a candle, but they had fallen asleep during the night.

“Tsepo woke up to the screams of his 10-month-old baby brother Sipho. He couldn’t see as there was smoke all over, but he jumped out of bed and tried to wake up his two siblings,” said Ntombifuthi.

“The fire was spreading as he dragged his siblings outside, hoping he could save 10-year-old Lerato and Sipho. But he could do nothing to save them.”

“No one is ever prepared for this kind of pain. I doubt if I will ever get over this,” she said.

The family has so far received donations from a local foundation which brought Ntombifuthi kitchen appliances, clothes, food and blankets, as they are asking for donations to rebuild their lives.