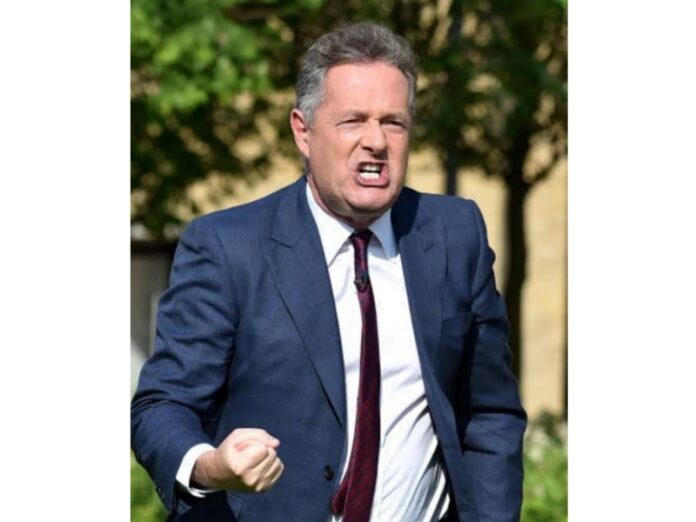 UK broadcaster and disgraced former newspaper editor Piers Morgan has had a hard year. It’s been so hard in fact that he’s compared it to Nelson Mandela’s struggle against apartheid.

While Mandela dedicated his entire life to the fight against one of the world’s most oppressive and racist systems of law, Morgan has spent the last few years battling against another just cause: the scourge of cancel culture.

“I feel like Nelson Mandela when he came out of prison. It’s like the long walk to free speech freedom,” Morgan said this week before the launch of his new talk show, Piers Morgan Uncensored.

Last March, Morgan lost his job as a host on the UK talk show Good Morning Britain after he stormed off set.

Morgan had gone on a rant about Meghan Markle, over her and Prince Harry’s separation from the royal family. During his rant, he cast doubt over Markle’s claims that authorities in the family had denied her access to mental health treatment.

He was then challenged on air by co-presenter and weatherman Alex Beresford, who suggested that Morgan had a vendetta against Markle ever since she “ghosted” him as a friend.

Morgan, who now champions people’s rights to “have an opinion”, reacted by storming off the set whilst saying, “Sorry, can’t do this.”

Morgan and Good Morning Britain severed ties shortly afterwards, and Morgan has painted the ordeal as an attempt to silence him.

But Morgan cannot be silenced. And he has spent the past year fighting a Mandela-like fight for the right to have an opinion.

According to Morgan, his year-long fight has been so tough that it compares to the 27 years Mandela spent in prison.

In other words, one day in the life of Piers Morgan was as tough as 27 days spent in a tiny cell on Robben Island.

Poor Piers – but fortunately, he’s had a just reward for the toils and tribulations he’s suffered over the past 13 months.

Right wing media conglomerate Rupert Murdoch has handed Morgan a reported R1 billion for his new show and has also chucked in a book deal and a couple of newspaper columns for his troubles.

Morgan’s first guest on his new show is another noble fighter of cancel culture, former US president Donald Trump. Like Morgan’s performance last year, Trump has stormed off the set in the middle of the programme when he was asked a question he didn’t like.

The two men have been good friends ever since Morgan won Trump’s reality TV show, the Apprentice. Their “no-holds-barred” interview airs in the US on Monday.