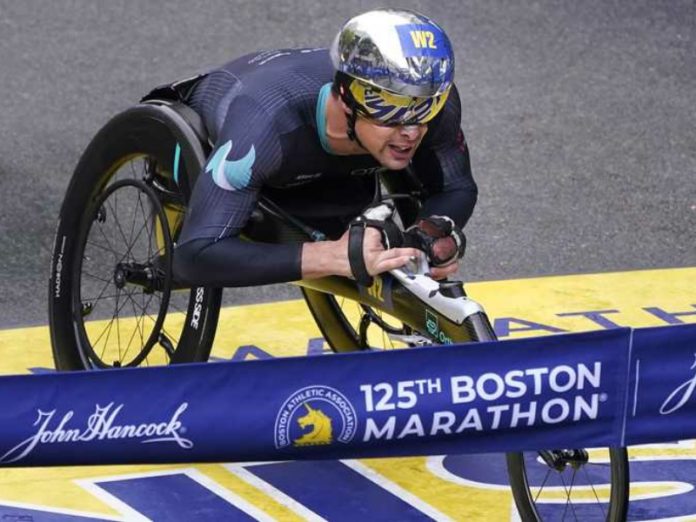 Swiss athlete, Marcel Hug, was on course to break the record at the Boston Marathon but made a very expensive mistake. He followed a lead vehicle up a wrong street, a mistake which cost him precious time and a bucket load of cash.

Hug completed the marathon in a time of 1 hour, 18 minutes and 11 seconds, winning the race and earning himself a respectable R375,000.

But setting a new time record would have won him an additional R750,000.

In an interview with WBZ-TV’s David Wade, he said the mistake cost him about 20 seconds.

“It was possible to get the record, for sure. It should not have happened. It’s my fault,” he said.

“I was focusing on my performance. I didn’t think about that. It’s sad, but it happens.”

The 35-year-old watched on as his Swiss compatriot won the women’s wheelchair event and also earned the winning bonus of R375,000.

Manuela Schar said winning the event alongside her countrymate made it better.

“It was great to do it with Marcel,” she said

The main event, which was held in Boston on 11 October, saw a Kenyan landslide as Benson Kirpruto and Diana Kipyogei won their events, each walking away with a cool R2.2 million for their victory.