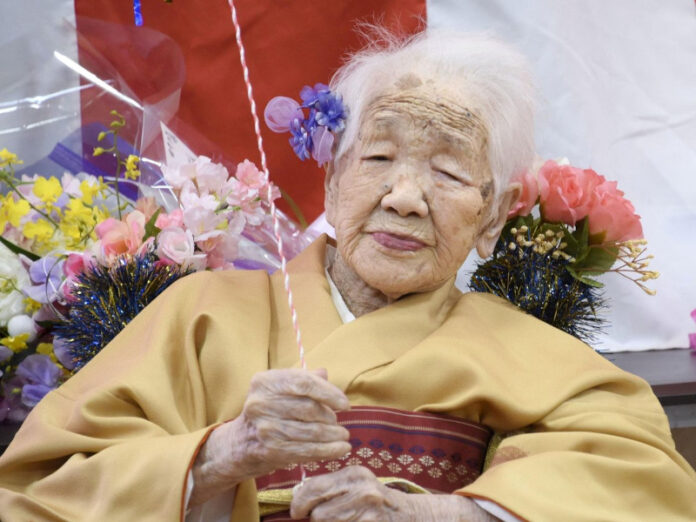 Japanese woman Kane Tanaka, the oldest person in the world, has passed away.

Tanaka was born on 2 January 1903 and had hoped to live until 120 but unfortunately, she was confirmed to have passed away on 19 April.

In 2019, the Guinness World Records confirmed that Tanaka was the oldest person living.

Local reports indicated that the mother of five died at a hospital in the Japanese city of Fukuoka.

There were no secrets to Tanaka’s long life, in fact she did the very opposite of what doctors recommend for living an extended life as her favourite goodies were chocolate and fizzy drinks.

Guinness World Records confirmed Tanaka’s death and said she was the “second oldest person ever recorded behind only Jeanne Calment who lived to the age of 122.”

Tanaka was one of eight children and after getting married in 1922, she had four children of her own and adopted the fifth.

Even at the age of 119, Tanaka was as active as ever, waking up at 6am every day to play the Othello board game and study mathematics.

Covid-19 prevented Tanaka from participating in the torch relay at the Tokyo Olympics last year.

Japan, known for having several centenarians, has seen that number decrease in recent years. The country had 86,510 people over the age of 100 last September.

Nine out of every 10 centenarians were women.

The nation will be mourning following the loss of one of their most famous centenarians who has made headlines for several years.