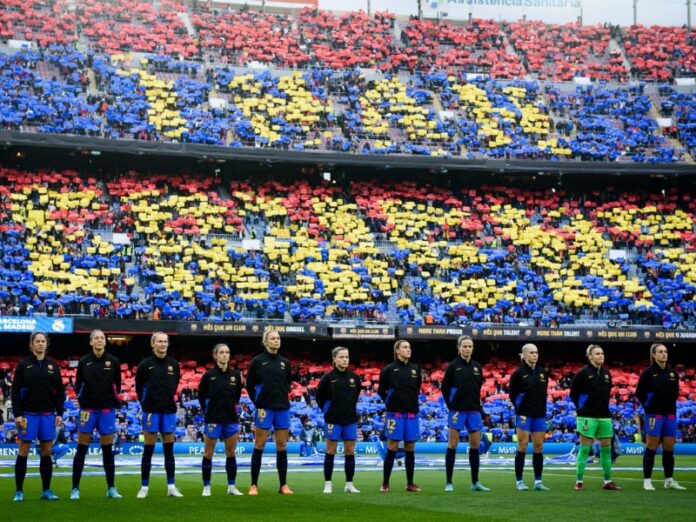 A Uefa Champions League quarter final between the women’s side of Barcelona and Real Madrid saw 91,553 people in attendance at the Camp Nou Football Stadium in Barcelona, Spain.

This breaks the previous record of 60,739 in 2019 by a huge margin and highlights the development of the women’s game in recent years as it enters the area of mainstream football.

While women’s football has been on the rise, it has always felt as if it was still sidelined with not enough attention being paid to it, but the women’s El Clasico will undoubtedly serve as a turning point.

The game saw Barcelona beat Real Madrid 5-2 and advance to the Champions League semi final with an 8-3 aggregate win.

“I don’t have the words to describe it,” said Balon d’Or winner Alexia Putellas.

“It was super magical. After the game ended the fans didn’t want to leave. It was incredible.”

To make the moment even sweeter, this was the first time the women’s side had played at Camp Nou with fans in attendance.

The Barcelona women’s side usually plays their home games at the Johan Cruyff Stadium that only holds 6,000 fans, but they proved on Wednesday night that they can bring as much support as the men’s side.

While tickets were sold at a cheaper price and in some instances they were even handed out for free, the game between the two women’s teams showed that they can entertain a sell-out crowd.

Women’s football is often associated with being less exciting than their male counterparts and offering incentives for fans to attend women’s matches could be the start of a new era.

Perhaps one day the two divisions of the game will work side-by-side.