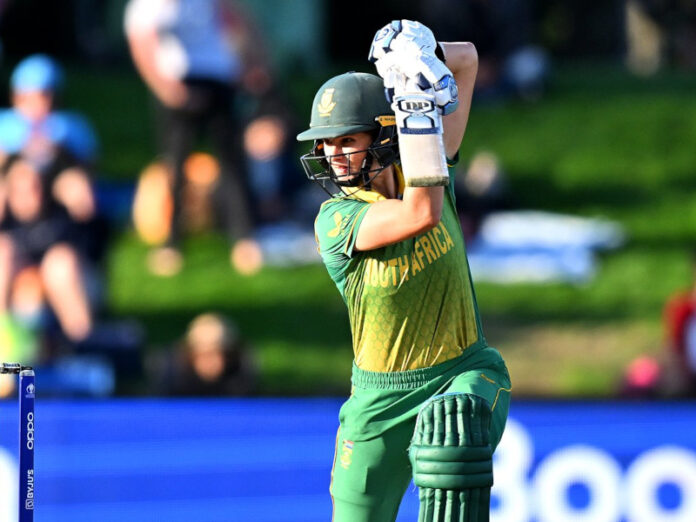 With six balls to go, it’s all to play for, for India. While South Africa have already secured a spot in the semi-finals, India have to win to go through. If they lose, they are out.

They need to prevent South Africa from scoring seven runs off the last six balls. Spinner Deepti Sharma will bowl the last over.

Second ball of the over: Mignon du Preez plays Sharma to long-on. It’s a good shot for a single but Du Preez goes for two runs, leaving Trisha Chetty stranded and easily run-out.

With two balls to go South Africa needed three runs. Du Preez goes for the match winner. She plays a great shot over the infield – a certain four.

But the ball drops short, straight into the hands of Harmanpreet Kuar. As Du Preez purses her lips and walks off the pitch, the Indian ladies celebrate. The match is all but won, right?

On the big screen, the third umpire shows that Sharma has overstepped the line. It’s a no-ball. Her heel hovers millimetres over the line, but it is still a no-ball.

Du Preez returns to the crease and finishes the job by picking up two runs off the second last ball.