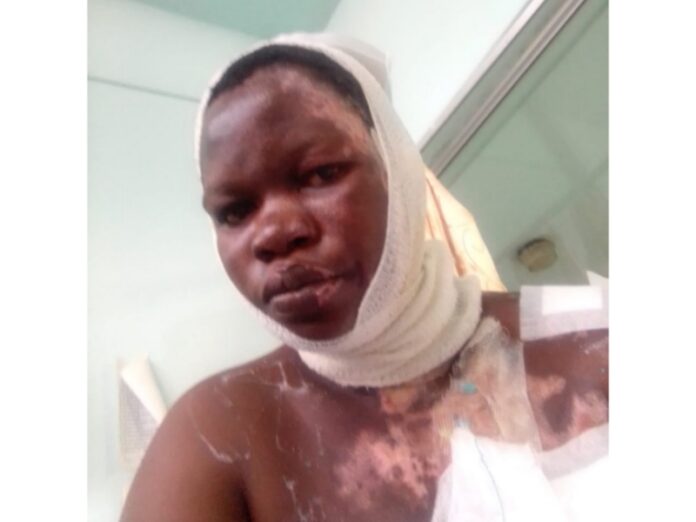 It has been three months since Tshinanne Siobo’s 10-year-old son perished after her ex-boyfriend doused their home in petrol and set it alight.

The 37-year-old mother of two from Murunwa in the Nzhelele area in Limpopo said she was asleep with her children when her boyfriend allegedly tried to murder the family. The attack followed years of physical and emotional abuse.

As fate would have it, Siobo and her children managed to escape the fierce flames but were severely injured.

They were taken to hospital where her 10-year-old son succumbed to his injuries.

After being discharged from hospital, Siobo thought she would be informed of the court date as she had thought her attacker was already in jail.

That was not to be. The attacker is still freely roaming the streets.

“This is the time when other South Africans are celebrating Freedom Month, but to me it is time for misery and heartache. I will never have the chance to celebrate as long as my attacker is still a free man. How can I celebrate when my son was killed by a consuming fire caused by a person I used to love?” she asked.

She said her woes started in 2020 when the man began to abuse her.

“He started beating me when I complained about things he was stealing from my house to take to his home. I never knew that a man could even steal sugar. When I complained he beat me up and threatened to kill me if I called the police.”

Siobo lost all her possessions in the fire. In the aftermath of the attack, Siobo’s neighbour offered her and her remaining child a temporary place to stay.

She said her son’s murder has left her feeling empty.

“I feel like a part of me has been taken away from me. I am not safe while this man is out. Please arrest this killer for my sake and my daughter,” Siobo said.

Limpopo police spokesperson Colonel Mamphaswa Seabe said the suspect is still at large and a manhunt has been launched for his arrest.