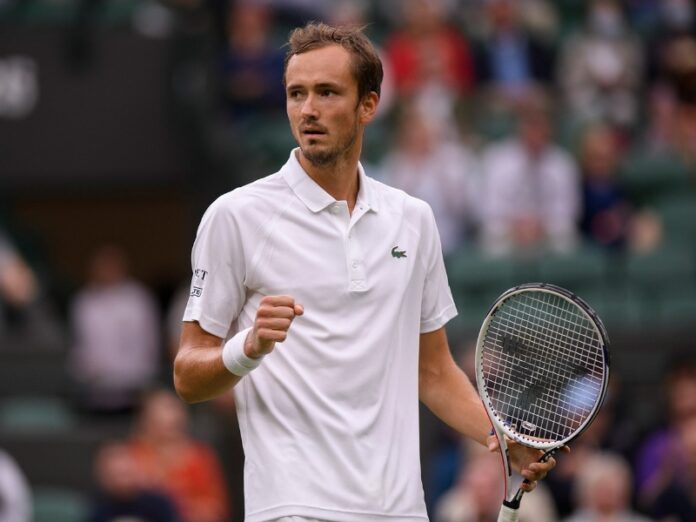 Russian tennis players, including world number two Daniil Medvedev, will not compete at the Wimbledon Grand Slam in June.

Wimbledon has decided not to allow any athletes from Russia or Belarus to compete in the year’s third Grand Slam.

The All England Lawn Tennis Club previously stated that they would make a decision regarding athletes from Russia and Belarus around mid-May.

However, chairman Ian Hewitt announced the decision on Wednesday afternoon.

“We recognise that this is hard on the individuals affected, and it is with sadness that they will suffer for the actions of the leaders of the Russian regime,” he said in a statement.

“The importance of not allowing sport to be used to promote the Russian regime and our broader concerns for public and player (including family) safety, we do not believe it is viable to proceed on any other basis at The Championships.”

The Olympics, the World Cup and even the Boston Marathon barred any Russian athlete or team from participating in their events.

United Kingdom sports minister, Nigel Huddleston, previously said that the suspension of all Russian athletes would be a possibility. He added that they wanted to prevent any potential victory for Russian President Vladimir Putin if an athlete from the region were to win.

Huddleston did however claim that Russian athletes could participate at Wimbledon if they provided a written letter that showed they did not support the military operation in Ukraine.

While Medvedev is one of the rising talents in tennis and is set to be the game’s next superstar, he said he may skip Wimbledon after he was booed during the Australian Open.

Medvedev, like Novak Djokovic, is not loved by crowds at tennis tournaments, something that has gotten under the skin of the Russians in the past.

The Kremlin said the ban is unacceptable and that the tournament will suffer as a result.

Wimbledon is set to run from 27 June until 10 July.