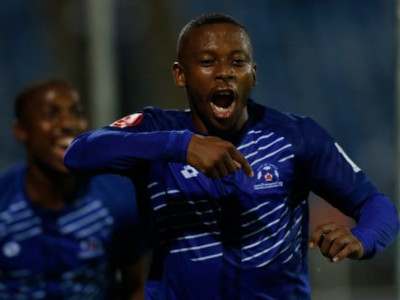 It’s a close call, a case of who wants it the most – Maritzburg United or Tshakhuma Tsha Madzivhandila?

So says Maritzburg striker Thabiso Kutumela, the club’s second highest scorer, speaking about their match against Tshakhuma Tsha Madzivhandila in the DStv Premiership bottom of the table clash.

The two sides are to meet at Harry Gwala Stadium in Pietermaritzburg at 5pm on Friday.

“We really need the points,” he said.

“We have lost our last three league matches and they are in a similar position to us, we are separated by goal difference at the bottom. It’s going to be who wants the points the most.”

United and Tshakhuma are in 14th and 15th place. Along with Black Leopards, all three have nine points.

“It was good to win. TTM also won their last match. It’s going to be a tough match for both teams,” said Kutumela.

The other league match on Friday afternoon sees Golden Arrows visit 12th place Stellenbosch. Abafana Bes’thende will be looking to get back to fourth place with a win at Stellies.

Pirates currently occupy fourth place after their win over Cape Town City on Tuesday, but they will drop to fifth should Arrows win.

Stellies on the other hand are in desperate need of maximum points to avoid being dragged down to the relegation zone. Their match is at the Danie Craven Stadium in Cape Town at 5pm.