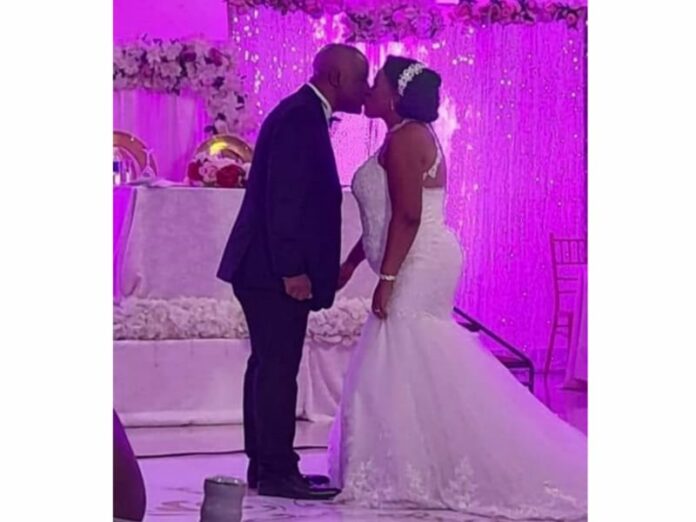 Elephant Eye: Sousa Jamba describes what it’s like to tie the knot in Zambia, where  weddings are big business and marriage is a very big deal

When I was a child in Zambia in the 70s and 80s, we had a neighbour who was the only one in the hood with a television set. We often went to her house to watch the series Dynasty with Joan Collins. We all tried to be in her good books to be able to watch the latest episode.

In the 80s, completely fed up with life in Zambia which seemed to be going nowhere, she packed up and left for Texas.

Now she is a wealthy woman living in the poshest suburb of Lusaka, able to live like someone from an American television series.

She did not make her money, though, in Texas, where she had to hold several jobs and see all her income vanish on paying the bills. On a visit to Zambia in 2002, she discovered the equivalent of a Texas oil well: organising weddings!

Weddings in Zambia are big business. There are professional matrons; professional lineup girls for the bridal party; even professional dancers who take the knife to cut the cake while dancing vigorously for the newly-wed couple.

Proper Zambian weddings are, of course, not for shy sobbing brides and befuddled grooms; usually we are talking about middle-aged people, sometimes on their second marriages.

In some cases, couples who started living together when they were impoverished finally decide to make a bang in the community.

In some Pentecostal churches, which are very popular among Zambian professionals, couples are encouraged to marry in style. The female professional who has a large house, a large car and a well-paying job does not have it all, of course, until she is blessed with a God-fearing man in a big wedding.

Zambian weddings are often a woman’s affair. The truth is that many women attend weddings mainly to spot how well organised everything is.

Last September, I myself got married to a Zambian lady with a master’s degree from an American university who had previously been a special adviser to several weddings.

I came from Angola to Zambia by land and had everything laid out for me — including the socks. I went along with most things: my only objection was to a white groom tuxedo. My future sisters-in-law were at pains to convince me that people would find it odd for me not to don the white jacket.

For some reason, I have always associated white jackets with members of an Angolan religious sect, the Tokoistas, who believe that their founding leader, Simão Toko, was the incarnation of Christ.

I went along with the rest: pointy shiny shoes; bow-ties; flowery waistcoat…but even my wife, a professional, needed the help of another professional, now working for a bank in South Africa, so everything would go like clockwork.

The dance had to be perfect; the team producing the wedding video needed to be top notch; the food had to make everyone talk about it for years. Organisational ability mattered a lot!

Great Zambian weddings are not necessarily about spending much money — though with $10,000 you would not get the kind of wedding to which you would invite a special guest of honour.

The guest of honour is a big issue at these weddings. Usually he has to be a successful noteworthy figure who will make a speech about the need for fidelity in the marriage and listening to each other.

In most cases, the guest of honour will bring his wife or her husband of several decades to show how far he or she has come.

If we are dealing with an extremely wealthy or important entity it doesn’t even matter whether he brings along his mistress or if he has had several broken marriages. People will still be very willing to listen to his advice on the importance of fidelity in marriage.

What is striking in many Zambian weddings is the fusion between African and Western culture.

On weekends in Lusaka, there are trucks with women singing on their way to mantebeto: this is where the bride’s family take all sorts of food to the future husband’s relatives to see what they will be eating in the future.

This is all accompanied by much drumming and dancing; as the women with their dishes dance, the future groom has to keep giving money to aunts, big sisters and other female relatives in the team. This all culminates in a huge feast and drinking. Usually the future bride is not present at this event.

Zambians value marriage a lot. Some months ago, the main papers here carried headlines by church leaders decrying that there were too many divorces.

Our former neighbour is not worried. Her granddaughter is at law school preparing to specialise in divorces while helping to improve the family wedding business.

Future plans are to have a huge compound where couples can marry at a chapel, dine in a sumptuous hall, and dash off to honeymoon suites…