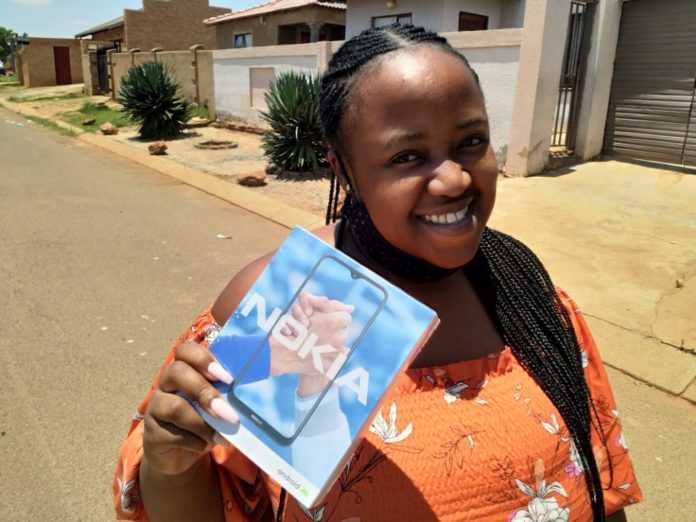 Most of the time you will find Palesa glued to her phone – checking what’s trending and making the headlines in the world of current affairs.

Palesa won the draw on Thursday, guessing correctly that Ace Magashule would be the next Big Fish to be hooked for state capture crimes.

“It was a no-brainer for me and when I saw the competition on the Scrolla.Africa site I entered,” she said. “I follow the [Zondo] commission closely”.

“From the beginning of the year I knew that Ace Magashule’s days were numbered because so many of the people at the commission were linking him to corrupt activities. I knew 2020 would not end before seeing him arrested.”

Palesa says of Scrolla.Africa: “It feeds my desire to know what’s happening in the world of news and gives me stories that speak to me and many people, black and white of all ages.”

Palesa was not the only one who guessed Magashule would be next. In the randomly selected names of those who guessed right, was 24-year-old Gladys Mosia from Tembisa who scooped the second prize of R500 worth of MTN airtime.

“I discovered Scrolla.Africa on the MTN Ayoba App early this year,” said Gladys.

“The team at Scrolla.Africa has been keeping me and my family up-to-date about Coronavirus and other news headlines around the world. Besides reading them on the MTN Ayoba App, I follow them on their social media pages.”

Third prize of R250 worth of MTN airtime goes to Doda Buthelezi from Durban.

Doda asked the Scrolla.Africa team to write more about sport which he loves to read when he takes a break from politics.

We hear you Doda. Watch this space.