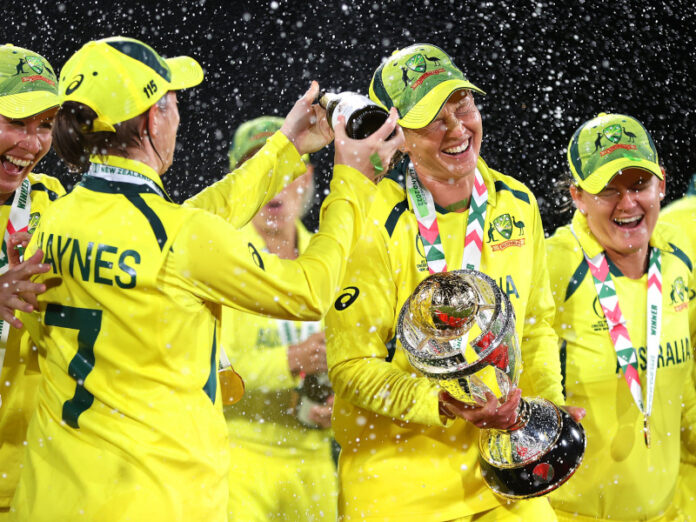 In what seemed inevitable all along, the Australian women’s cricket team defeated England in the World Cup final to claim their seventh world title.

Australia’s Alyssa Healy dominated with the bat, scoring a mammoth 170 runs off only 138 balls, helping her team to a total of 356.

It was just too much for England to chase, despite the best efforts of Nat Sciver who ended on 148, losing by 71 runs on Sunday in Christchurch.

Taking on the defending champions England, the Aussies powered to a lopsided victory, adding to their 38 wins in their last 39 matches

This is their seventh world title in only 12 World Cup tournaments.

Against Australia, any situation becomes increasingly difficult. Choosing to send them in to bat first may have been the wrong call. But the champions played with a confidence that showed no scenario phases them.

Rachael Haynes and Beth Mooney showed their class with the bat for Australia, scoring 68 and 62 respectively to all but hand the Aussies the title before they went out to bowl.

While it may not have been a final over finish as many matches were during the World Cup, England certainly showed determination in attempting to stop the inevitable.

However, as they have been in recent years, Australia was simply too good and it looks as if their dominance in women’s cricket could be a feature of the next few years.