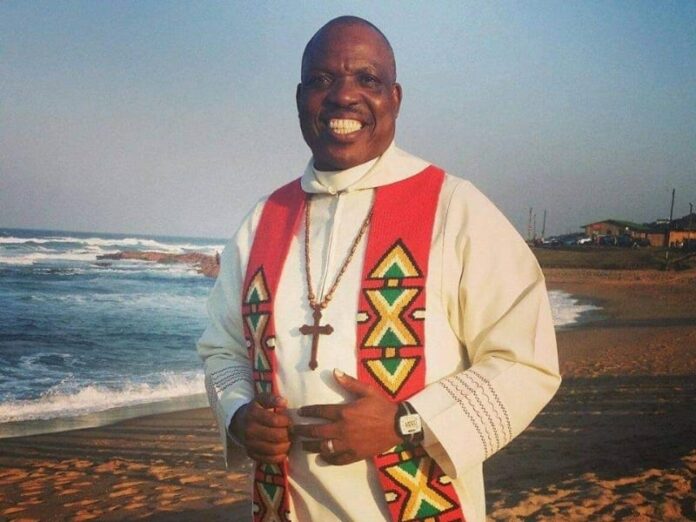 The flamboyant bishop of the eThekwini Community Church (ECC), Vusi Dube, and his congregants are still “homeless” nearly 10 years later after their church was evicted from Albert Park by DA veteran councillor Tex Collins.

Dube, who is a known Jacob Zuma ally, was evicted in 2012 after Collins claimed residents in the area were complaining about noise levels coming from the church.

The church held over 10,000 congregants every Sunday including celebrities, international stars such as Kirk Franklin and even politicians.

After the eviction in 2012 by the eThekwini Metro Council, which was led by the ANC, Dube promised to build a “R40 million glass house church”.

Dube told Scrolla.Africa that it is not that the church is failing to fulfil that promise but it is because they are struggling to get land in Durban.

“We have been looking for land to build our glass house church but till today we haven’t found any. I am blaming our (ANC) government because when they took over from the apartheid regime they didn’t address the issue of land for churches.

“They have failed on that part. The apartheid government made sure that it gave missionaries the land and I don’t know why our government didn’t do that for us,” said Dube.

Dube explained they don’t want a normal church building; they want their church to have a clinic and other activities to help communities.

The bishop said that he is still willing to go back to Albert Park because it has been taken over by vagrants (amaphara) who are terrorising communities in many parts of the city.

Dube’s church was the first to give Zuma a public platform and support soon after he was fired as deputy president by then president Thabo Mbeki in 2006.