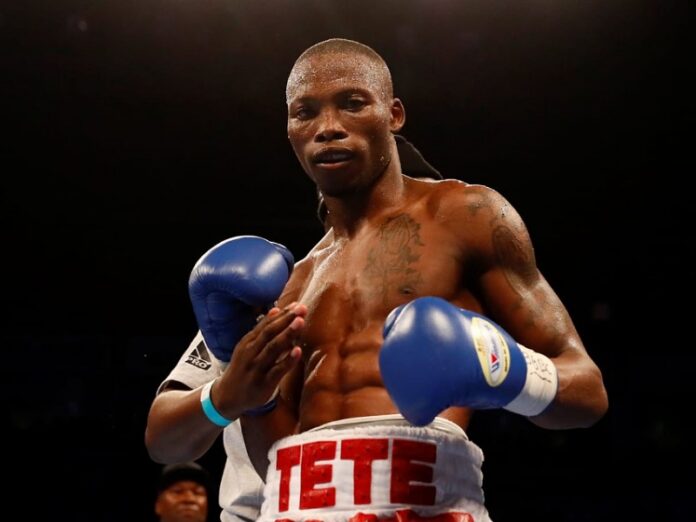 One of South Africa’s shining stars in the world of boxing, Zolani “Last Born” Tete, has been told to ditch one of the three belts he won in June, so he can try and win two.

Tete’s promoter Frank Warren is trying to set him up for a major fight with dual titles up for grabs.

The southpaw from Eastern Cape surprised many when he clobbered feared champ Jason Cunningham for the Commonwealth, WBO International and IBF junior featherweight crowns in Wembley Arena in England in June this year.

That fourth round demolition earned himself a shot at the IBF junior-featherweight title after scoring a surprise knockout victory on Saturday night.

Tete’s manager Mlandeli Tengimfene said his boxer’s other manager Warren told them to vacate the Commonwealth, reasoning that he could find the South African boxer for dual titles.

“Frank Warren has the interest of Zolani at his heart. He is really looking out for him. He has calculated his move and we are happy with how he conducts his business. Initially the plan was to have Zolani challenge IBF junior-featherweight title holder Murodjon Akhmadaliev of Uzbekistan.

“At this stage let’s not divulge more details but the boy will be in action either in December or early next year,” said Tengimfene.

Before wrestling those three belts, many sceptics had written Tete off. That’s precisely because he easily lost his WBO world bantamweight crown to John Casimero from the Philippines in 2019 in the UK. He lost via TKO in round three.

He boasts a record of 40 wins with 23 knockouts against four losses and became the 12th local fighter to win the Commonwealth belt.