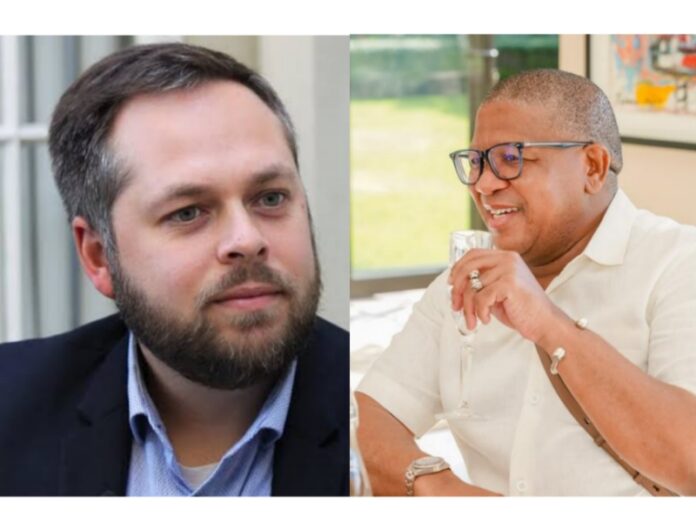 Speaking during the no confidence debate to remove the Cabinet, Schreiber roasted Transport Minister Fikile Mbalula who said in a tweet that he had landed “in” the moon.

“While our railways collapse and potholes gobble up our roads, the transport minister tweets about his dream of going to the moon.

“South Africans would gladly pay for that trip as long as it’s a one-way ticket. And luckily the minister is so full of hot air that we’d probably save a fortune on rocket fuel.”

Schreiber also went after Defence Minister Thandi Modise saying the only war she is waging is “against the innocent pigs on her farm.

“That’s if she isn’t busy popping champagne with the invaders of Ukraine at the Russian Embassy.”

She “hung South Africans out to dry to the tune of R37 million on her washing line.

“If this poverty Cabinet had to go back to school, not one of them would even reach the 30% pass mark set for our children.”

The motion of no confidence to remove the Cabinet was defeated by 231 votes to 131 with the DA, the EFF, the Freedom Front + and the UDM supporting the motion.