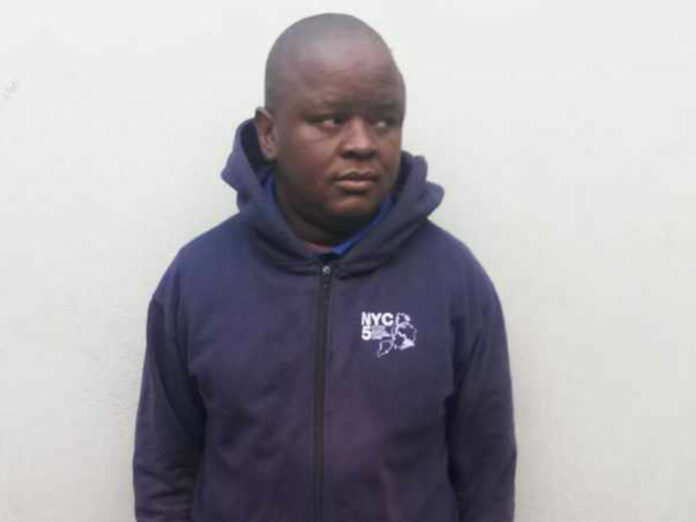 This could go down as the easiest arrest South African police have ever had to make: the suspect did most of the work himself.

Thomas Ngcobo applied to be a police officer and when the SAPS did not call him, he decided to go to his nearest police station to enquire.

But the 40-year-old had overlooked a key issue. He was a wanted suspect who had been on the run for seven years.

And if he thought the cops might give him a pass on that, then they certainly wouldn’t overlook his age. One requirement to join the police force is that applicants must be older than 18 but younger than 35. At 40, Ngcobo missed out by five years.

When the police realised they had their wanted suspect, they immediately arrested him. He appeared in court on Tuesday for the theft of products which he was supposed to deliver to clients.

Mpumalanga police spokesperson Brigadier Selvy Mohlala said the suspect appeared before the Bethal Magistrates Court before being remanded in custody.

“According to information, the suspect was supposed to make hardware material delivery worth more than R20,000. It is alleged that the material was redirected to another address without either the owner’s consent or knowledge,” Mohlala explained.

“The suspect’s dirty tricks were uncovered a week later after the manager decided to check invoices. It was realised that two invoices were missing and other material had been delivered to wrong addresses.”

The incident was reported to the police in September of 2015 – ironically when Ngcobo would have been eligible to join the force.

“The suspect was nabbed on Monday after he visited the Bethal SAPS to make enquiries about his application for police recruitment drive,” Mohlala said.

Provincial commissioner of police in Mpumalanga, Lieutenant General Semakaleng Daphney Manamela, warned suspects that they will be caught, regardless of how long it takes.

“It is just a matter of time before we bring them to justice,” he said.