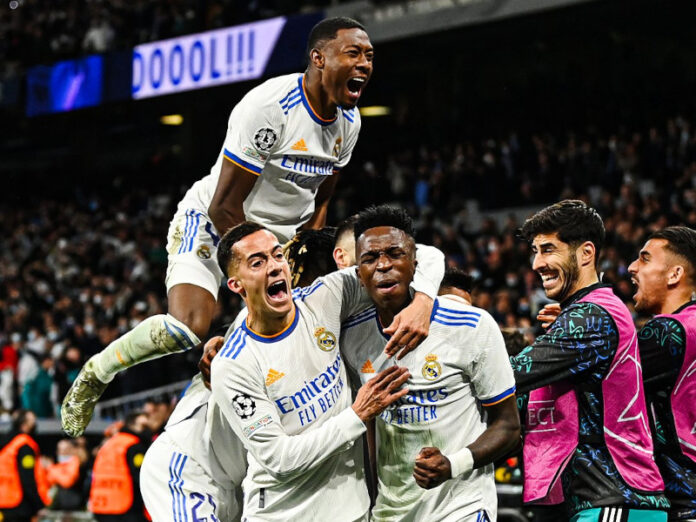 With just two shots on target over the course of the two legs, Unai Emery’s side completed an unthinkable feat over the German giants at the Allianz Arena.

The Bundesliga leaders scored 15 goals in their last three home games in the competition and despite losing the away leg 1-0, were hot favourites to progress.

Villarreal came out with a plan to defend their lead and the odds were quickly out of their favour as the hosts dominated with 70% of the ball and 23 goal attempts. Robert Lewandowski levelled the tie minutes into the second half and another Bayern goal looked imminent.

But Emery’s side hung on and just as extra time loomed, Nigerian substitute Samuel Chukwueze latched onto a Gerard Moreno ball to send Villarreal through in the most incredible circumstances.

Meanwhile at the Bernabeu, Champions League holders Chelsea came back from 3-1 down on aggregate to lead 4-3, with a dominant display away from home.

After a Karim Benzema hat trick at Stamford Bridge downed them last week, the Blues were fluid from the onset on Tuesday evening, as Mason Mount gave them the lead inside 15 minutes before Antonio Rudiger fired home a fantastic header five minutes into the second half.

Thomas Tuchel’s side were cruising when Timo Werner scored an excellent solo goal with 15 minutes to play before Rodrygo forced extra time after volleying from a brilliant Luka Modric assist.

Los Blancos finally went ahead in the first half of extra time when first leg hero Benzema slotted home off a Vinicius Jr cross. In the end, the goal was just enough to send Madrid through with Chelsea unable to provide another late twist.

The French forward scored his 38th goal of the season in all competitions but it is his seven goals across his previous three Champions League appearances which make a real case that he is currently the world’s most in-form player.

Real will play either their neighbours Atletico Madrid or Manchester City in the first semi-final while Villarreal will take on either Liverpool or Benfica in the second last four tie.