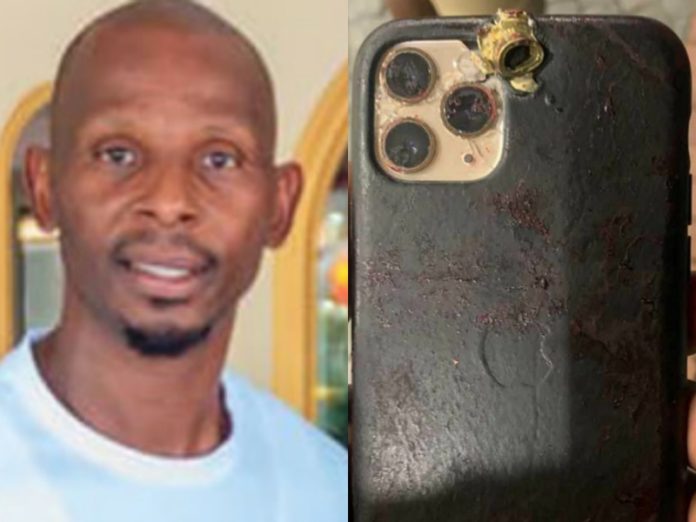 The well-known restauranter, who has been bringing tourists to Umlazi township, was shot at by unidentified gunmen after he left his restaurant on Thursday night.

After the shooting Max managed to escape by driving himself to Durban’s famous Florida Road, about 20km from the crime scene, where he called for help and was taken to hospital with two gunshot wounds, according to police.

While Max is said to be stable and recovering at a local hospital, new information circulating on social media suggests that the 51-year-old was saved by his iPhone, which he had on his ear when the shooting occurred.

The social media post of the blood stained Apple smartphone with fragments of the bullet is captioned “iPhone 12 couldn’t penetrate the bullet into his head as he was on the phone”.

The police would not comment on the phone. Provincial police spokesperson Brigadier Jay Naicker said Max is in a stable condition in hospital.

“The motive for the shooting is unknown at this stage, and police are hunting down the suspects.”

Gunmen allegedly shot him as he got into his car, which was parked outside his shisanyama, which he built from a small, one-room butchery in the 1990s to today’s award-winning eatery.

He has previously hosted top-notch events, like the Metro FM after-party, as well as for  prominent people, including former president Jacob Zuma and his son Duduzane.

“Tonight, as we say prayers, may I ask that we include our dear brother Max and his family during this trying time. May no weapon formed against him prosper,” wrote Max’s close friend Shauwn Mkhize on her social media page.

The controversial owner of Royal AM football was recently seen handing out cash to her winning footballers.