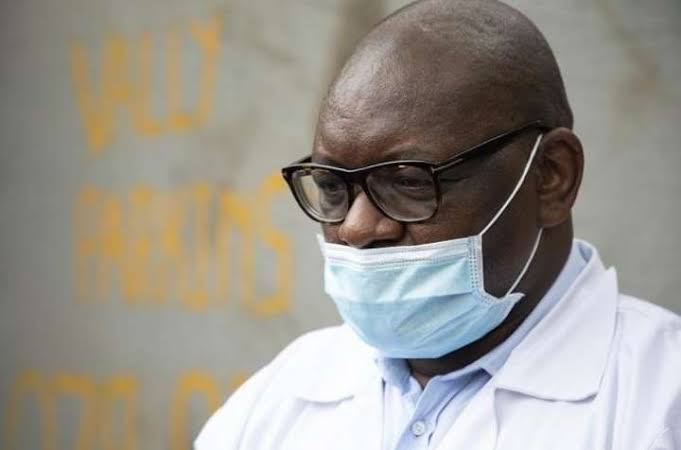 Amid a nationwide shortage of ventilators and horror scenes as second wave Covid patients are brought to hospitals throughout the country, about 9,000 ventilators are gathering dust in a warehouse in Cape Town.

The images showed extremely overcrowded conditions, patients being treated in the rain, and even bodies being left outside in tents.

On Sunday, the Gauteng department of health confirmed that several of the photographs were taken at the hospital.

The hospital has also reportedly run out of ventilators completely.

Gauteng health spokeswoman Kwara Kekana acknowledged that the hospital is currently under enormous pressure, with multiple tents being put up to accommodate increasing numbers of patients.

“The facility noted a sharp increase in the number of Covid-19 patients since December 2020,” she said.

“An increasing number of patients are sicker and require critical care, with some arriving in groups.”

However, Prof. Justin Jonas, Chief technologist at the South African Radio Astronomy Observatory, said that there are about 9,000 ventilators that remain in a warehouse despite the spike in Covid-19 cases.

This was confirmed by Khulu Phasiwe, a spokesman for South African Radio Astronomy Observatory, who said they had been commissioned to manage the National Ventilator Project by the Health Department.

“We developed 20,000 ventilators, with 7,000 of those distributed by the department of Health to public hospitals and 2,000 were by Gift of the Givers,”.

“There are over 9,000 ventilators at a warehouse in Cape Town and they have been ready since October last year. The Department of Health is aware of this. The Department needs to determine where they need to go,” Phasiwe said.

Scrolla.Africa was unable to get a comment from the Department of Health spokesperson Popo Maja.

The horrifying viral images of Steve Biko Hospital confirmed that the country is in severe danger of being overwhelmed by the aggressive new strain of Covid-19.

As one social media commentator noted: “We are all hearing of deaths on a daily basis. We can rarely attend the funeral, religious services, or even go to the bereaved family’s house to comfort them.”

Last Friday, on 8 January, South Africa recorded its highest number of daily cases, at 21,980, with the total figure standing at over 1.2 million.

Meanwhile, the US Ambassador to South Africa, Lana Marks, announced on Monday that she is recuperating after spending ten days in an ICU unit with Covid.