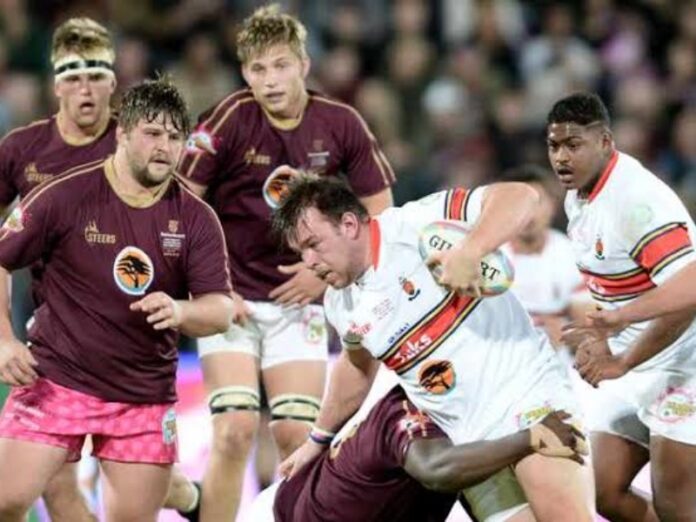 If the stats mean anything it was going to be a win for Maties in the FNB Varsity Cup final.

While the record shows that the University of Pretoria–Tuks were tournament champions last year, they have not had a successful record in Stellenbosch. In fact, Tuks last won a final at that stadium in 2013.

In the previous 13 years of the Varsity Cup, eight finals have been played at the Danie Craven Stadium in Stellenbosch and Maties have won the tournament five times.

With the kind of night that the Cape provides when it favours rugby supporters, conditions were perfect. Mild temperature and a slight breeze with the packed stands and cheering students with the Stellenbosch Mountain providing the backdrop.

For the first 50 minutes, it seemed that Tuks had once again made the journey south in vain and would go home empty handed.

While both teams had scored a single try, the score line that had Maties leading 20-10 was a fair reflection of the game up to that point. More telling was the penalty count. Given that Tuks had conceded 14 penalties while Maties had conceded only four, Maties should probably have had a bigger lead.

But Tuks never surrendered. Their inspired defence kept them in the game, and ultimately allowed them to score two breakaway tries.

With ten minutes to go, the tables had completely turned with Maties desperately holding on to a three point lead. But then came a magical break from Tuks fullback Stefan Coetzee, who fought his way through the entire Maties team and offloaded to scrumhalf Bernard van der Linde for the winning try.

A great win for Tuks and a great end to an excellent FNB Varsity Cup Championship.