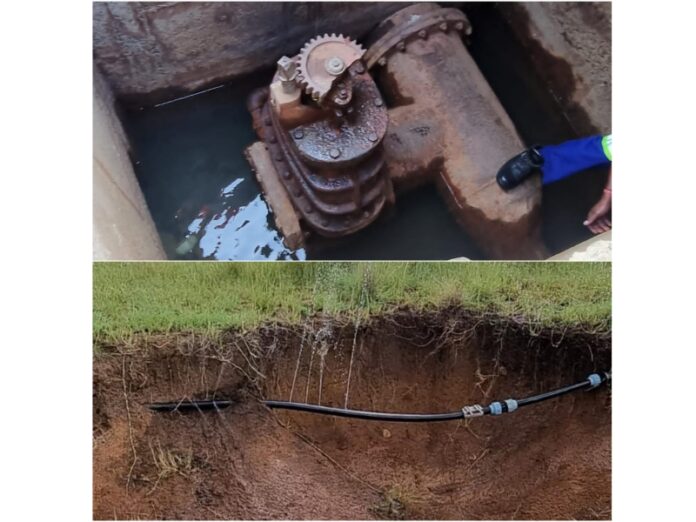 Communities in the drought-stricken UThukela district in KwaZulu-Natal have once again been left without water after a gang was alleged to have destroyed water infrastructure in the area.

This was revealed by the UThukela municipality mayor, Nkosingiphile Shabalala, during a media briefing on Wednesday in Ladysmith.

Shabalala said they have started an internal investigation which will help uncover the vandals behind this act of criminality so that they can be brought to justice.

“Many water pipes are damaged and we don’t know who is behind this. We suspect that there is deliberate sabotage,” said Shabalala.

The municipality has revealed that the infrastructures were destroyed at night by cutting open the pipes and blocking up the flow of water.

“They damage water pipes with sharp objects and put an empty two litre container of Coca-Cola inside those pipes to block the movement of water to communities,” said Shabalala.

He said this type of damage to water infrastructure was not new in the municipality.

In 2012, its water infrastructures were sabotaged. Employees of the municipality were later arrested for destroying the pipes but their criminal cases were abandoned.

One of the accused was a former mayor Stanley Dladla, who passed away while the case was still ongoing.

It was alleged that the late mayor and the workers who were arrested by Hawks, benefitted from the R140 million water tender in UThukela.

One community member from eZakheni Melusi Mazibuko said they have been complaining about water shortages for a very long time without any response from the district municipality.

Shabalala said they are shutting down the outsourcing of water trucks to curb corruption and they will use the municipality-owned water trucks to support those communities who are facing droughts.

Scrolla.Africa understands that Dladla had water trucks that were also operating in other municipalities in KZN while he was mayor.