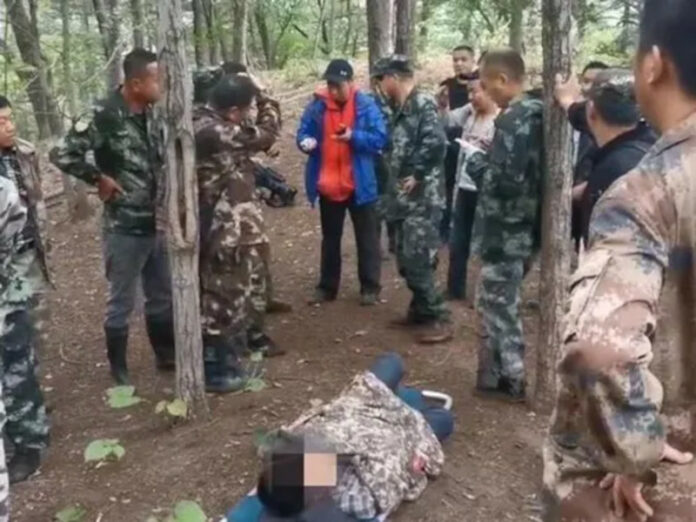 A Chinese man was found safe and sound after spending two days in the sky after a hydrogen balloon untethered while he was harvesting pine nuts from a tree.

The man and his partner were collecting pine nuts on Sunday in the north-eastern parts of China when disaster struck, The Guardian reported.

Pine nuts are found inside pine cones and are a common ingredient in most dishes served in north-east China.

In the search for the frequent ingredient, the pair lost control of the balloon and sailed off on a 300km journey.

His partner managed to jump out of the balloon basket but the main nut picker was left to float away.

A search and rescue operation was launched with rescuers contacting the man by phone before telling him to slowly deflate the balloon, state broadcaster CCTV reported.

It took an entire day before the balloon landed in the Fangzheng region, near the Russian border.

The man was in good health apart from feeling pain in his lower back from standing the entire time he was in the air.

A state official from the department of Hailin Forestry Administration described the man as being in his 40s.

The official also added that he was recovering well in hospital but refused to give additional details.